Neon for fall, anyone?

In a sea of this season’s vampy runway shows and muted fall color palettes, Hailey Bieber just proved that she isn’t afraid to make a statement by wearing the brightest midi dress in the most daring cut.

On Sunday, the supermodel celebrated the start of spooky season by sharing a series of photos aptly (and simply) captioned, “Oct 1 🍂.” While Bieber’s plain black manicure and dark plum lip very much embodied a typical fall look, she threw followers for a loop by posing in the most vibrant coral Vivienne Westwood dress in front of a neon blue and green circular wall decal.

Aside from the eye-catching color, the gown also featured a halter design complete with an extreme V-shaped plunging neckline, dramatic ruffles and ruching, and a mid-calf length. Letting the dress take center stage, Hailey finished the look by accessorizing only with simple Tiffany & Co. diamond stud earrings and tan heels and slicking her hair into a sleek bun with a middle part.

Bieber’s norm-breaking outfit came just days after she made waves for a completely different reason: finally speaking out about her drama with Selena Gomez on last Wednesday’s episode of Call Her Daddy. While talking to host Alex Cooper, the model touched on any ambiguity surrounding years-long rumors that she started dating her now-husband Justin Bieber before he officially split from Gomez back in 2016.

“When [he] and I ever started hooking up or anything of that sort he was not ever in a relationship. Ever. At any point. I would never,” Hailey said of rumors that she “stole” Justin from Selena. “It’s not my character to mess with someone’s relationship. I would never do that. I was raised better than that. I’m not interested in doing that and never was.”

Hailey later added, “I can say, period, point blank, I was never with him when he was in a relationship with anybody. That’s the end of it." 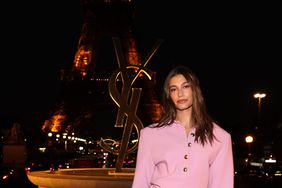 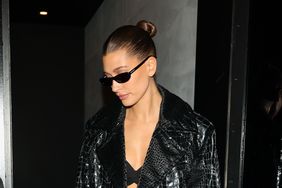