The skincare guru is teasing "the truth" in a new trailer for this week's episode of "Call Her Daddy."

Hailey Bieber is ready to talk about the years-long rumors about the drama between her husband Justin Bieber and his ex Selena Gomez. The model hasn't publicly spoken about the drama much before, but on a new episode of Alex Cooper's Call Her Daddy, Bieber is finally going to speak the "truth."

On Monday, the podcast released a teaser clip of Wednesday's upcoming episode with Hailey. In the clip, Cooper refers to Justin and Gomez's relationship saying, "Your husband was in a very public relationship. People were obsessed with them being together." The beauty brand founder nods before Cooper asks, "Were you ever with Justin, romantically, at the same time as her?"

After a pause, Hailey says, "This is so crazy, I've literally never talked about this ever. A lot of the perpetuation and the hate comes from ‘Oh, you stole him.’"

At the end of video she says, "It’s about people knowing the truth. Because there’s a truth.”

"For the first time ever, @haileybieber opens up about the public-generated controversy between her and her husband's ex," the show's Instagram caption reads. "Hailey makes it clear she wants to discuss this one time and one time only…on Call Her Daddy."

While Hailey hasn't ever spoken about her husband's ex publicly, she has hit back at trolls on social media. In April 2022, she made a TikTok asking people to "leave me alone." “I’m minding my business. I don’t do anything, I don’t say anything." she said, though she never mentioned what she was referring to. “I beg of you. Truly. That’s my only request. Be miserable somewhere else, please.”

Elsewhere in the Call Her Daddy video, Cooper asks about the challenges that come with being married to one of the biggest faces in music. "How has being married to someone with that level of fame impacted your identity?" questions Cooper, to which Hailey lets out a breath and responds, "Where do I start?" 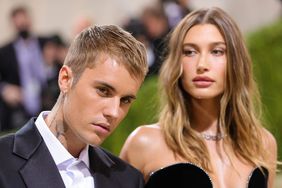 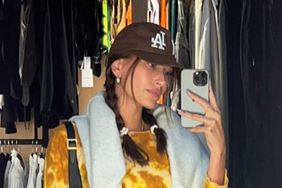