Come for the look, stay for the frittata.

Gwyneth Paltrow opened up about something near and dear to her heart in a new video for Vogue. In the clip, she shared a recipe for one of her "Boyfriend Breakfasts," something that she and her husband, Brad Falchuk, have shared since they were dating. While she was prepping one of her favorite recipes — a frittata with turkey bacon, potatoes, spinach and caramelized onions — she wore a sheer Gucci look that included a mesh top over a shiny bra and a coordinating GG-monogram skirt with elastic logo detail. While it wasn't what most of us would be wearing while prepping a breakfast, for GP, it just worked.

"When we were dating, we started this tradition of me cooking him breakfast every Saturday morning," she explained in the video, which was posted to her Instagram over the weekend. "I would come up with all of these really creative breakfasts. It was something I put time into every week planning. I called them boyfriend breakfasts."

She went on to say that a few of her friends called her Boyfriend Breakfasts "old fashioned," but it didn't deter Paltrow from keeping the tradition going. Paltrow and Falchuck got married back in 2018.

"I noticed that when I would tell people that I really love to cook for Brad, some of my friends were like, 'Wow, that's so old-fashioned.' And they were kind of teasing me about it," she said.

"Can you be a feminist and still like to do domestic things?" she mused before deciding that it didn't really matter and that, in fact, she believed she was serving feminism every time she cared for the people she loves. "It feeds me to take care of people and cook as much as I hope it takes care of them. I actually think it's a strong feminist statement to cook for the people that you love if you want to."

She shared a photo of the breakfast back on April 30 with the full recipe. 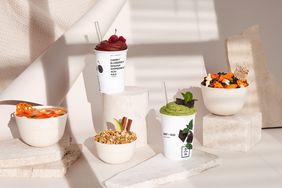 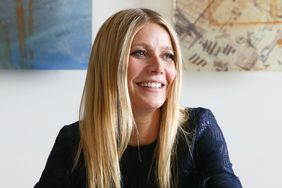