Flip through some of our favorite stylish and wildly successful leading ladies.

The singer, actress, and model has always erred on the side of cool. So much so that her last name is widely known for its attachment to Hermes' signature structured handbags.

Leave it to Diane Sawyer to ask the probing questions. The famed news journalist always keeps calm even when faced with the toughest interview subjects.

This New York resident is known for her love of color and large, statement-making baubles. She's so loved that a new documentary, Iris, was filmed in honor of her style and fashion legacy.

Though she's most recently known for her role as Dowager Countess of Grantham in PBS' Downton Abbey, actress Dame Maggie Smith has delivered unforgettable performances for decades.

British designer Vivienne Westwood has continuously pushed the fashion boundaries for decades. She's respected for the punk-defining garments she created in the '70s.

The energy-filled designer is not one to shy away from summersaulting her way across her pink-splattered runway. Long live Betsey!

No matter how hard we try, Cher will always stay on our minds. The songstress, actress, and Oscar winner is undoubtedly an icon.

The American designer built her career on dressing fashionable women and being at the forefront of technology.

Her striking gray locks are reason enough to love her.

Though no longer with us, her music, art, and peacful legacy will always live.

The Oscar-winning actress is as stunning as she is talented, known for playing well developed, complex, characters throughout her career.

The English actress has successfully managed to age gracefully and show off her alluring beauty.

Perhaps it's her Parisien background, but Catherine Deneuve is a revered beauty famously recognized for playing charming and gregarious characters in French films.

It's impossible not to be "mod" for Twiggy. The model came to fame in the '60s for her signature short hair and cute, gleaming smile.

Debbie Harry never stops being daring. The singer is most recognizable as the lead singer of punk band Blondie.

What's not to love about a woman who's simply The Queen.

Simply perfection. The American Horror Story star is known for her beauty. She most recently fronted Marc Jacobs' beauty campaigns.

The actress is constantly revered at awards shows year after year. She's a striking beauty, whether playing a vicious editrix or an evolving cook.

Who doesn't have memories of watching The Sound of Music as a kid? The award-winning actress will forever hold a special place in our hearts.

Once a magazine assistant, designer Vera Wang is popular not just for her namesake ready-to-wear collections, but for her famed white bridal gowns.

Stylist and entrepreneur Patricia Field is most famous for her spot-on costume design on television hits like Sex and the City.

When it comes to Aretha Franklin, the singer deserves all the r-e-s-p-e-c-t imaginable. She commanded the sound of the '60s and continues to do so today.

American designer Diane von Furstenberg, otherwise known as DVF, celebrates the empowerment of women. The creation of her now famous wrap dress in the '70s was groundbreaking in fashion. 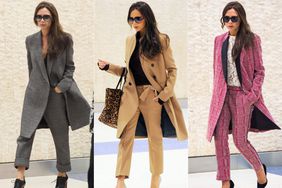 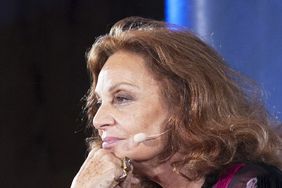 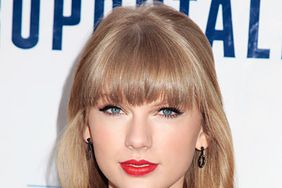