Riccardo Tisci raised the curtain on his new vision for Burberry on Monday afternoon in London. Or rather, as the show began in a former postal sorting facility in South London, he swept the curtains from a glass ceiling, suddenly bathing the enormous warehouse in a clean light.

Tisci’s debut at Burberry, after a stellar run at Givenchy where he transformed the classic house of couture into a vibrant entity with real cred both in streetwear and luxury fashion, was one of the most wildly anticipated moments of the spring collections. There are more editors-in-chief attending the shows in London this season than in recent seasons, and seats were hard to come by. The Burberry flagship on Regent Street has been swarming with curious customers, drawn to Tisci’s clever marketing drops and the limited items that are being previewed there (shower shoes, polo shirts and sweatshirts, classic checked car coats and trenches), until a bigger release on Monday, right after the show in the store and on Instagram and WeChat for 24 hours.

As the rapidly shifting fashion industry moves further into unchartered territory, Tisci’s embrace of change has made him stand out by adopting the popular approach of marketing drops and wildly unexpected collaborations, including one with the original British punk Vivienne Westwood, which preceded even his own articulation of what Burberry’s new message should be. And while there had been some doubt over the appointment of an Italian designer at the helm of such a traditionally British label, a better argument could be made that there is no room left for standing on ceremony in fashion. It’s either go big and adapt to the times, or find yourself left behind in the dust.

So Burberry is taking a chance.

Tisci’s men’s and women’s collection, shown together on a winding maze of a runway, with steps and ramps, and walls of walnut-stained wood paneling or mirrors or crackled glass that moved around on motorized tracks for a fun special effect, took several approaches to increase the odds of a big win. Some were more likely bankable than others, but you have to admire the brazenness of his bet.

To start, with a soundtrack by Rob Del Naja of Massive Attack, he showed a re-imagined version of Burberry classics that turned the classic Burberry check into stripes, such as on a blouse with a pussy bow. Of course, he opened with a traditional trench, then followed with a concise selection of tailored separates, light blouses, animal prints on workaday silk separates, and abstract dots that were almost quiet in their Belle de Jour propriety (the difference here being a styling trick of pairing an oversize pair of trousers or a skirt with properly fitted ones). After that came the more Tisci-esque stuff, and the real high rollers.

By that, I mean some designs that will appeal to the uber-rich set of Ferrari and Alfa Romeo-driving guys who stalk the streets of London looking to impress with their hot rods, some designs that will turn on the hype beasts and style misfits who crave clothes that literally make statements (as in a men’s deerskin-motif jacket printed with the question, “Why did they kill Bambi?”), and some designs like superbly pleated skirts and trim trousers that will appease the fashionistas. And there were also some designs that will probably strike many viewers as oddities with long odds, such as a men’s cardigan with a weird button-front chest-covering panel, and a fitted women’s tunic and trousers in black trimmed with gold theater fringes.

It has been 20 years since Tisci showed his graduate collection in London, before going off to make his name in Milan, and the designer said he was inspired by England’s evolution since then, as well as his own. If it seemed like his 134 looks — a monster-sized collection by any standard — were trying hard to have a little something for everyone, that’s probably because he was going for a diverse representation of what he sees in the United Kingdom today. Or at least, this is what he wants to see. Whether that’s a good bet probably depends on whether or not you’re online right now, dropping $1,390 for a trench, $820 for a vinyl skirt, or $390 for a T-shirt. 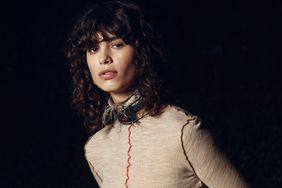 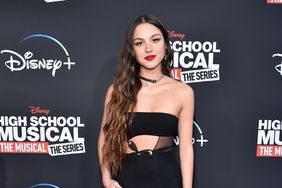