You’ve Got Mail’s costume designer breaks down all of Meg’s preppy looks — including the dress she didn’t want to wear.

Many laud the sartorial magic that was made when Meg Ryan worked with Nora Ephron on rom-coms set amid the falling leaves. A perfect example is You’ve Got Mail, which follows independent bookstore owner Kathleen Kelly (Meg Ryan) and chain bookstore owner Joe Fox (Tom Hanks) as they go from public enemies to internet pen-pals then lovers.

It’s also no wonder that ‘90s Meg Ryan style appreciation posts are rampant now that the styles we loved during the end of the 20th century are making a comeback. Featuring turtlenecks and layered knits and sweater sets, You’ve Got Mail showcases Ryan-meets-Ephron film fashion at its best, and that’s all thanks to costume designer Albert Wolsky.

Born in 1930, the Academy Award winner has lent his talents to films such as Grease, Sophie’s Choice, Runaway Bride, Maid in Manhattan, Across the Universe, Birdman, and many more. He’s also worked on two Nora Ephron-directed films, Lucky Numbers and, of course, the 1998 swooner we’re here to discuss, You’ve Got Mail. For the details behind Kathleen Kelly's clothing in the latter film, we spoke with Wolsky about what went into the iconic wardrobe we just can't stop emulating.

The Button-Up and Pencil Skirt

For her first look in the film, Kathleen can be seen wearing a gray pencil skirt, crisp white button-up with a flat collar, black sweater tank, and her signature Oxfords and tights. While outside, she layers with a boxy black coat, patterned scarf, and a tote that reps her indie store, A Shop Around The Corner.

When discussing the character’s more conservative fashion, Wolsky explains, “You have to go back to those times. I was trying to dress her not necessarily conservatively, but she was running a bookstore, and I tried to make her a bit more studious … There’s nothing about her that was fashion-y. Versus Parker Posey in the movie, who plays a fashionista.”

As Kathleen discovers that a Fox Books is opening up in her neighborhood, she’s wearing a black turtleneck underneath a green-gray jumper dress that’s topped with an oversize cardigan (which is very Katie Holmes in 2019). She pairs this with her black Oxfords and matching wool tights.

Though this jumper looked fantastic on Ryan, Wolsky reveals that he had trouble getting her to wear the look. “I never understood [why she didn’t like jumpers],” he stated. “For her — although I think it was perfect and looked wonderful — it was maybe too schoolmarm. I think she felt too straightlaced if you will. Even though none of the clothes are not straightlaced." How'd he solve that character conundrum? "It’s okay because you have to listen and work around it. It wasn’t that she was being difficult. It was just something about that look that wasn’t working for her.”

How to Layer Clothes For Winter, According to Fashion Professionals

The Oxfords and Black Tights

Throughout You’ve Got Mail, Meg Ryan can be seen wearing black wool tights paired with black Oxfords or ankle boots. It happens so often that we had to ask about it.

“I love to repeat clothes. There are things that [Kathleen] wore once and then wore with something else again, which is the way people dress,” Wolsky stated. “To me, [the tights and Oxfords], that was very New York. It’s a New York movie.” The designer added that working with Nora Ephron on this film was especially dreamy because she was a true New Yorker who understood the city’s character and geography.

While at a party with her boyfriend Frank Navasky (Greg Kinnear), Kathleen wears a mock-neck little black dress with above-elbow sleeves. She accessorizes with only a pair of gold stud earrings. Even more than 20 years later, this outfit wouldn't look out of place at many New York City celebrations. But for Kathleen, it was a look and one she likely wouldn't repeat.

“That was [the character’s] version of dressing up,” said Wolsky. When asked if this dress would make a welcome Thanksgiving ensemble, he added, “The first outfit would be fine. I think [this] dressy dress... that would be too dressy for Thanksgiving.”

To keep up with Kathleen’s utilitarian vibe while she’s walking around New York with Joe, Wolsky put Ryan in a pair of khaki slacks with a brown belt, a white T-shirt, gray cardigan, and a pair of neutral sneakers.

“If you’re looking at [this] character, who she is in the film, it doesn’t change that much,” Wolsky said. “[Kathleen’s] always the same person. She has a T-shirt, a sweater, slacks — which are just plain slacks [with no designer name]. They’re not jazzy or fashion-y.”

Kathleen’s final look in the film, the boatneck Marc Jacobs dress she wears when kissing Joe in Central Park, required more work than it seemed.

9 Classic Pieces That Are Worth a Splurge

“The only [clothing] that had a [designer] name was the last outfit,” said Wolsky.” We loved that dress, but I had to dye it slightly and add a slip underneath because it was totally transparent.” When asked about the character’s ballet flats, the designer added, “They were not designer shoes. They were Forever21-type shoes. But they worked with the dress.” Kathleen Kelly definitely would've been dressing on a budget, and two decades on, her classic aesthetic shows that you can too. 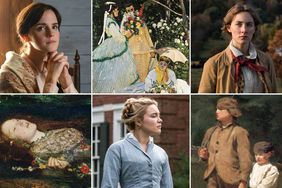 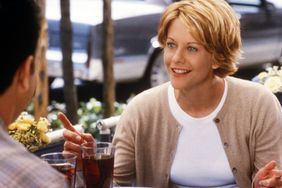 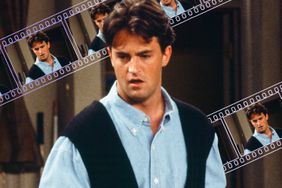 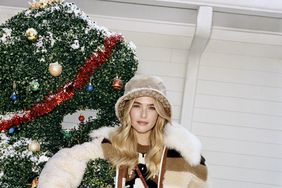