And we love that for her.

If you had told high-school me that in 2023, Adidas sambas sneakers would be majorly trending, I definitely would have believed you. My dad still doesn't understand why it's been impossible for him to buy a pair (once again, blame Bella Hadid for the sell-out), but it's not so far-fetched once you consider how many international soccer stars moonlight as fashion icons. I always looked to the older girls on my high school soccer team for style inspiration, especially when they wore the popular sneaker out of practice. Maybe it just took the rest of America a while to realize the understated, sexy appeal of the soccer Samba, which now all of Hollywood and TikTok is wearing on repeat. Everyone seems to own a pair, except for Jennifer Garner.

Instead of the 'It' sneaker of the moment, Garner can almost always be seen in a pair of classic running shoes by Brooks. Most recently, she was spotted out for a walk in Brentwood wearing Alo Yoga's popular high waist Vapor leggings and a pair of the Brooks Glycerin 19 running shoes. The lightweight shoes are known for being extremely comfortable with responsive cushioning that makes running or walking painless. They're also the kind of shoes dads everywhere love, and while dad shoes had a major moment years ago, the trend has definitely faded a bit.

Garner doesn't seem all too concerned with trends or the 'It' items of the moment, though. Instead the actress is frequently spotted out in simple sweaters styled with her favorite jeans. She wears the things she likes on repeat, and unlike some celebrities, always looks comfortable above all else. These Brooks sneakers appear to be her go-to for running errands, and she can be spotted wearing them in almost every other paparazzi photo of her on the internet.

While the appeal of Adidas Sambas is hard to deny, especially when Bella Hadid makes them look so good, even while on vacation in Italy, there's something comforting about a shoe that isn't trying to be anything else. At the end of the day Garner's go-to Brooks sneakers are the type you won't really see on supermodels vacationing on the Amalfi Coast but perhaps on the dad who's also there and wearing a visor.

And who's to say Garner might not just restart the dad sneaker trend herself? In the day and age where coastal grandma style is going viral, wilder (or more tame, depending on how you look at it) things have happened.

Shop the Jennifer Garner-approved shoe below. 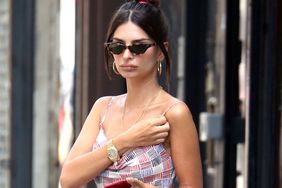 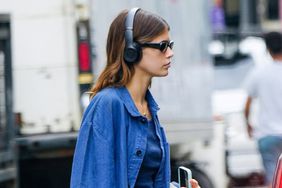 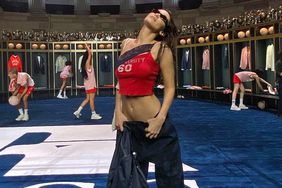 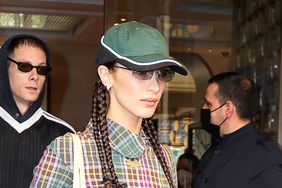 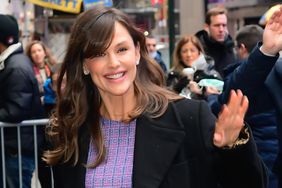 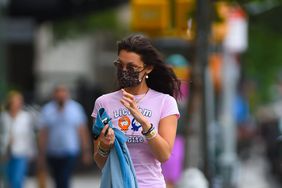 Supermodels Are Bringing Back This Popular Sneaker From the '80s, and It's Selling Out Fast