The degradation of one of our favorite summer styles is complicated, so we're breaking it down.

We've known for a while that clothes can be used to send a message, sometimes overtly (we're looking at you, Melania's Zara coat), and other times as a kind of subtle nod (like when Kate Middleton channels Princess Diana). We've mined celebrity outfits for clues about their personal lives, and have come to spot rainbows as a proud representation of the LGBTQ community. Sometimes, a symbolic bit of style could be marching right in front of you, speaking a sinister meaning you'd never expect.

Take Hawaiian shirts, for instance. Did you know that they're being used as a dog whistle for the white supremacist movement?

Reece Jones, PhD, a political geography professor at the University of Hawaii who is currently writing a book on anti-immigrant groups, exposed this culture clash in a now-viral Twitter thread, which explains how the typically happy, casual, 'dad-shirt' of the Polynesian islands has become associated with the alt-right. Unfortunately, the shirt style, along with other "far right iconography" you'd glance right past if you didn't know (such as igloos), keep popping up at protests, and it's important to be aware of what it's being used to represent. Especially if you, like us, had just become convinced Aloha shirts were the laidback style to live in for Summer 2020. (Our bad.)

"Part of the strategy of white supremacists is to disguise themselves behind new names and seemingly innocent symbols," Jones explains to InStyle via email. "No one identifies as KKK or a Nazi. Instead, they use terms like alt right, groyper, or boogaloo, that mean the same thing but do not yet have the same negative connotations. Similarly, everyone recognizes a swastika, so modern day racists co-opt other symbols like the OK sign, Pepe the Frog, and now, unfortunately, aloha shirts."

Here's a bit of backstory on how the latter came to be.

So many movies that were initially panned somehow end up with cult followings, and such was the case with this 1984 flop about breakdancing. Fans of this sequel eventually connected through message boards on Reddit, 4chan, and 8chan, sharing jokes and memes about the film, but, as Jones pointed out in his thread, the radical far right gathers on those sites as well. They use boards like /pol/ to discuss politics, and there are ones dedicated to being "politically incorrect," where they use racial slurs and hate speech. Niche memes flourish here, which is how Pepe the Frog got involved. One major idea they discuss — and especially on 4chan's /k/, a gun worship board — is how the government is coming to take their guns away. Seemingly the weird movie fandom and gun fanaticism have nothing to do with one another, but wait.

Obviously, people have a lot of thoughts about gun control, and the radicals that we mentioned are very much against it. In 2012, when California's then-lieutenant governor Gavin Newsom addressed the National Rifle Association in a Facebook post, saying he was "coming for your guns," they latched onto that — and were ready to fight back. There was a lot of talk about a second Civil War, and infamously inflammatory host Alex Jones kept pushing the idea.

The Real Legacy of the Last Decade Will Be Mass Shootings

Those who believe this war is imminent do not always share the same overall ideas, and they're not all white supremacists. Some are intense gun rights activists and are associated with the militia movement. As CNN points out, many are anti-government extremists. However, Jones (Reece, not Alex) stated in another tweet that for others, it is about race. "They believe immigration is leading to the great replacement," he said. They are white nationalists, and a Tolerance.org article further explains this, saying that these people believe there is a white genocide happening.

So the main thing that needs some explaining is how these two ideas — a supposed second Civil War and a random breakdancing movie — merged. Jones briefly mentions this in his thread, and it basically boils down to weird Internet word play. Over time, Breakin' 2: Electric Boogaloo was shortened to just "the Boogaloo" on chat boards and — likely due to the way the word boogaloo sounds — later became "Big igloo." Another term that was derived from boogaloo was "Big Luau," which directly connects to the attire one would wear to a luau, aka Hawaiian shirts.

An Anti-Defamation League article also notes that, at one point, people began putting different things in front of the first part of Breakin' 2: Electric Boogaloo, interchanging the "Breakin' 2" part with random phrases or titles. Someone came up with Civil War 2: Electric Boogaloo, and connected it with the Gavin Newsom quote, which tied the two worlds together.

Once "Big Luau" merged with Civil War 2, Hawaiian shirts (and, sometimes, igloos) became symbols representing the ideas of this alt-right group. Remember when crowds were protesting for the states to re-open, even though people were and are still dying from Covid-19? Many were wearing Hawaiian shirts. And, it's not just shirts, either; there are also guns with aloha patterns now, which some of those anti-government, anti-shutdown protestors carried with them. Because, did we mention, they love their guns?

Once protests began following the death of George Floyd, these radical 'Boogaloo bois' (another name for the group) saw it as an opportunity to further their agenda, too. They began showing up to the protests wearing Hawaiian shirts, as Esquire reports, which can now mean one of two things. Some of these Hawaiian-shirt-wearers actually are calling for justice for George, because they were already against the police, the military, and the government. They see this man's murder as proof of why they need to fight back, to take power away from the police (and, no less frighteningly, put it in their own hands). But, there are the white supremacists in the mix, who are ready for their supposed race war to begin. In both cases, the Boogaloo bois are willing to incite violence to reach their desired outcome, and there are plenty of photos of white men in Hawaiian shirts destroying property and touting rifles.

Clearly, this radical group is taking advantage of the situation in order to further their cause of destruction and harm. This presents a challenge for Black Lives Matter protesters: to be louder than they are, shut down their racist and violent plans with data and facts, and continue to educate them on the many ways they are wrong.

"Thankfully more people know what to look for now and are asking them to leave," Jones says. "The FBI also arrested three people, who identify as part of boogaloo [and were armed with Molotov cocktails], for terrorism in Las Vegas."

As for whether you can keep wearing Hawaiian shirts, Jones says yes. "As long as you do not accessorize it with body armor and a long gun, it is fine." And we get it — we just got into this trend, and we don't want to let the few bad actors take it away. That said, just to be safe, maybe choose something else to wear to a protest. 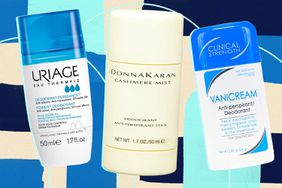 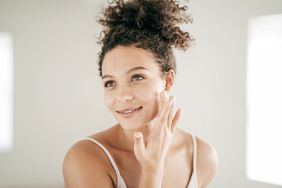