Prom is a right of passage. You've seen it in every high school flick, every teen TV drama, you read about it in coming-of-age novels, maybe even heard it from your own parents — so really, every single person should have the opportunity to live out their prom fantasy, regardless of who their date is.

Well, put on your boogie shoes, because UGG is hosting its fifth-annual "Proud Prom," a celebration for LGBTQIA+ and allied youth from the Santa Barbara and coastal communities of California.

We spoke with Nef about what the #UGGPride campaign means to her and why she felt drawn to work with the brand.

"Every woman I know has a personal relationship to UGG," the You actress tells InStyle. "They grew up with them as these feminine status symbol worn by people in our communities, whether urban, suburban, rural, or otherwise, and also worn by tabloid stars rather iconically by the Britneys [Spears] and the Nicoles [Richie] of the world."

She continues, saying that Proud Prom and brand's Pride campaign invites a more inclusive set of buyers. "UGG [shoes] have always been, I think, for the girls, but a specific kind of girl. But for UGG to reach out for something like Pride, that invites new kinds of women to the table, in addition to men and otherly gendered folk."

In 2015, Nef became the first trans model to be signed at IMG Worldwide, the modeling agency behind massive superstars like Gisele Bündchen and Gigi Hadid. She recognizes that getting signed to a major modeling agency, as well as UGG and other brands' efforts, are a step in the right direction, but there's still quite a lot of work to be done in all industries, especially the fashion industry, given that the LGBTQ community is at the helm of it and driving much of the creativity.

"We've been on the mood board forever," she says. "Now, it's time to be behind the camera, in front of the cameras, to make sure that we're not just entering these industries that were built for us to turn a profit at somebody's expense. Diversity and inclusion alone is not enough. We have to inhabit these spaces more equitably with an eye on sustainability, with an eye on giving back to the community as UGG is doing with the Pride collection, and with an eye on helping each other out with longterm solutions, not just milestone markers that play really well for optics, but don't necessarily change anything on a structural level."

She goes on to say that "9.5 out of 10 times," she's the only trans person on set, sometimes even the only out queer person. Integrating LGBTQ+ community members into decision-making and behind-the-scenes roles is what will help make this inclusivity a new normal, not just a marker for brands to look good.

UGG is one of the standout brands making a real effort to create a more inclusive fashion industry. According to Nef, much of the creatives and staff behind the campaign and eccentric shoot are members or allies of the LGBTQ+ community, from the makeup and hair artists to the photographer, Danielle Levitt, a unwavering ally to the community and the first photographer to shoot Nef. Not only did the brand have a LGBTQ+ community members behind the scenes, but they've also created a groovy dancing shoe for a good cause.

UGG's new Disco Stripe Slide in Pride Stripes and Rainbow Stripes color combos is the perfect shoe for Pride, prom, and everything between. The slide features a colorful and soft sheepskin top and striped platform sole. There's even a UGG-emblazoned strap along the back to keep your shoe in place as you dance the night away. And it gets even better: $25 from the sale of each slide will go to GLAAD, a leading LGBTQ media advocacy organization. Shoes for a good cause? Sign me up.

The Disco Stripe slides and Proud Prom are helping LGBTQ youth feel noticed by the industry, not to mention pop culture icons like Nef and Lil Nas X representing the brand gives LGBTQ youth some role models to look up to — something Nef didn't necessarily have growing up. UGG is paving a way in helping teens and young adults to see that they're capable of achieving their dreams, regardless of what gender they identify with and who they love.

"I kind of had certain role models for certain things," Nef recalls. "Nobody that I could really look [at] and say that's me, you know. I was inspired by image, oral histories, and visual histories of women like Amanda Lepore and Sophia Lamar, trans icons on the downtown New York scene. They were the first trans people that I ever knew about. I was just trying to articulate myself in a world where it felt like someone like me hadn't been articulated yet."

Now, Nef shares her story in the hopes that young trans people will finally have someone to admire who truly looks like them, which will inspire them to dream without limits created by society based on their gender or sexuality.

"I've connected to the Gen Z girls who are doing what I was doing simply six years prior, for a whole new generation of little TikTok transsexuals. They should aspire to be actors if that's what they want. They should aspire be writers if that's what they want," she says. "The self is so much more expansive than gender and sexuality, and accepting that fact has allowed me to accept myself as I am. This is a beautiful thing, but it's not a terribly important within the scheme of things."

So, wear your heart on your sleeve and your pride on your feet this year. The full #UGGPride collection can be purchased at UGG stores, ugg.com/pride and select retail partners nationwide. The Disco Stripe Slide, $110, is exclusively at UGG stores and on ugg.com/pride. 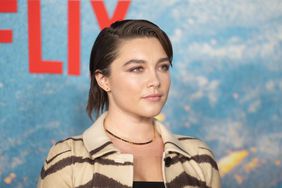 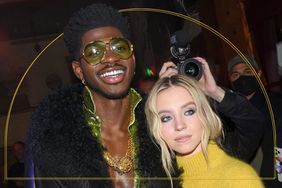