"That's what I want to wear at my wedding."

Seeing the designs that came down the runway at Dior's Fall '19 Haute Couture show, it's near-impossible not to let your mind wander into fantasy land. That statement goes for both us non-famous folks and the celebrities that sat front row at the event, which took place in Paris on Monday morning. In short, both Elisabeth Moss and Shailene Woodley were big fans of what they saw, and couldn't help but gush over the elaborate gowns and other designs after the show was over.

"It was so beautiful, so dramatic and I felt like it was a very cinematic collection," Moss said in a short clip captured by the fashion how, which was then exclusively shared with InStyle. The event was The Handmaid's Tale actress's first-ever time at a Dior show (she captured a pic, below, just for the occasion), and she was no doubt in awe of what she saw. "The clothes are obviously so feminine and make a woman look very womanly," she continued. "But at the same time, there is a power and a strength."

Woodley felt that the designs represented her daily moods.

“Every single piece of clothing that went through today, I was like ‘Oh, that’s my mood tomorrow, that was my mood yesterday, that’s going to be my mood in five months,’" she told the cameras backstage. 'You know, 'That's what I want to wear at my wedding.'"

While we're fairly confident the Big Little Lies star isn't engaged to her rugby star boyfriend, Ben Volavola (yet), and are unsure which design, exactly, she was was talking about, this statement is pretty relatable. For starters, we, too, would love to say "I do" in one of Maria Grazia Chiuri's designs. Plus, these mostly black and dark-colored gowns would make quite the statement coming down the aisle.

Perhaps Woodley simply has weddings on the brain since her co-star, Zoe Kravitz, got married over the weekend. Kravitz even wore bike shorts for a pre-celebration dinner with her friends and family, proving you definitely don't have to stick to traditional ensembles for your big day. 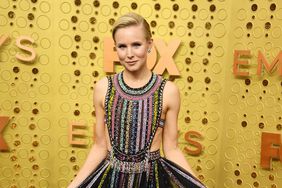 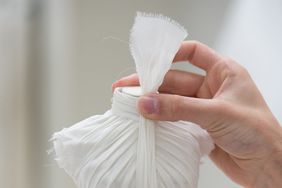 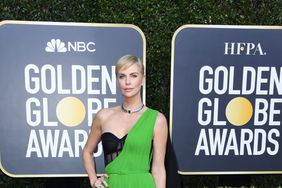