Inspired by mythology and history, the collection included its fair share of goddess gowns (some paired with sneakers), but a few key prints were, upon closer inspection, actually the work of artist Christiana Soulou. Incorporating a jacquard weaving technique called fil coupé, which uses floating weft yarns trimmed by hand to leave an outline of figures, it offered an airy, ethereal quality to the pieces that featured the seven monochromatic mythological figures Soulou created.

Fairycore Fashion is the Dreamy, Ethereal Trend You Have to Try
See the Making of Gillian Anderson's Dior Dress

Dior shared a fascinating behind-the-scenes look at the creation process, sending InStyle detailed savoir-faire photos and videos. The shots revealed how each lighter-than-air illustration came together, transforming Soulou's drawings into barely-there outlines. Those outlines were then used for the gowns that walked in the show, which was called Erratum, a name that translates to "an error in printing or writing" in Latin.

While past couture creations have incorporated intricate beading, ingenious engineering, and tiny pleats and sewing techniques, the fil coupé feels like a more casual take on the craftsmanship and creativity that the Dior atelier is known for. The team also shared a peek at exactly how they used the fabric to drape a runway-ready gown. The printed dresses were just part of the Grecian show, which took place in Athens at the Knossos and the Heraklion Archeological Museum. The Soulou dresses stood out among the collection's mostly white palette, including finale gowns with long, flowing trains. 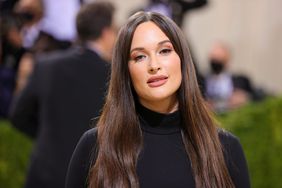