The march toward real diversity in fashion has come slowly and in spurts, but things are changing more quickly now that inclusive and realistic representations of beauty have become a focal point of popular culture. While much has been said on race, size, and gender in this regard, one underrepresented population that has only recently begun to penetrate the conversation is individuals with disabilities.

With its latest print issue, Business of Fashion put that subject in the spotlight two weeks ago with a cover profile of activist Sinéad Burke, and the lack of design attention to people with physical impairments. And a runway show in Manhattan on Wednesday night provided a welcome perspective on just what was missing.

Students from the city’s major fashion schools, under the mentorship of designer Anna Sui, worked with the Cerebral Palsy Foundation to create clothes that specifically addressed the needs of individuals with disabilities, including those with prosthetic limbs or who use wheelchairs for mobility. And the results were strikingly fashionable, modeled by a crew of advocates who delighted in their turns on the catwalk. Ryan Haddad, an actor with cerebral palsy, wore a denim and paisley tracksuit that he unzipped at the end of the runway, revealing a shirt that said, “Sexy,” and an XXX-rated necklace.

“It was amazing,” Sui said after the show. “I knew nothing about cerebral palsy before this, so it was intimidating for me. But on the first day, they brought the models to meet us, and I asked Ryan to tell me how he wanted to dress. He said, ‘Anna, I just want to be sexy.’ So, OK, we’re going to give you sex.”

That broke the ice, anyway. Sui and the students worked with prints from Liberty of London and fabrics from Cotton Inc. to create designs that prioritized comfort, developing sketches that addressed function and mobility, proportions, and ultimately style. While the finished designs reflected the models’ specific personalities and needs, the results were not only about fashion, but also changing perceptions of people with disabilities.

As Richard Ellenson, the CEO of the Cerebral Palsy Foundation, said, “Tonight we saw what happens when people look at you in the right way.” 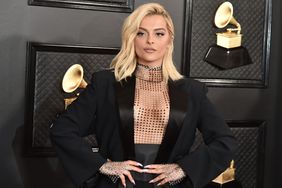 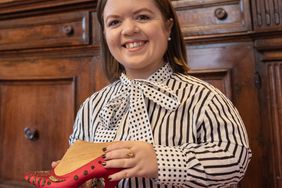 Sinéad Burke on the Shoes She's Waited a Lifetime to Buy