If you want functional pockets, you have to buy men’s pants, and I mean, come on already.

Sam White is a freelance writer and journalist who has been internationally published both digitally and in print. She has been featured in publications such as Insider, InStyle, WIRED, LA Weekly, and more. She is also a published fiction writer and is currently developing her first full-length novel.

As a woman, it's been a lifelong struggle trying to find clothes of any kind with decently sized pockets. If you're buying women's clothing, you've likely come upon ridiculously small pockets, items that exclude pockets altogether, and — perhaps the most infuriating of them all — fake pockets. (Seriously, why?!)

While it's mostly a pants problem, I've encountered both shallow-pocketed and pocketless sweaters, cardigans, hoodies, pullovers, and even jackets (with skirts and dresses as a given). This viral song by Seattle-based musician Heather Chelan sums it up pretty well.

While this has been a long-suffered issue for nearly every woman I know, another I don't know went viral a few weeks ago bringing our pocket problems once again to the fore: Dakota Johnson made the rounds on Twitter with these pictures of her holding her belongings with a superhuman grip, prompting thousands of people to chime in with their pocketless woes.

In one Facebook group where the topic came up, the replies were resounding. "Oh man, this speaks to me so hard," one woman commented. "So many times I just want to go for a walk and don't feel like carrying a bag, and when my boyfriend is with me he's always like, 'Why must you hold all your valuables in your hand?' and I always have to explain that if women's clothes had pockets, this would not be an issue. And then I proceed to fill his pockets with all my stuff." Another added: "I end up buying men's PJ pants that have the little opening in the crotch, and it's kind of the worst."

The problem of pockets in women's clothing — or lack thereof — is certainly not a new one. There's recorded history dating back hundreds of years detailing women complaining about this specific issue. Feminist author Charlotte Perkins Gilman once wrote about pockets in the New York Times in 1905, penning, "One supremacy there is in men's clothing… its adaptation to pockets. Women have from time to time carried bags, sometimes sewn in, sometimes tied on, sometimes brandished in the hand, but a bag is not a pocket."

This is also reflected in children's clothing: Boys' clothes often have large, functional pockets, while girls' clothes have the exact same problem as women's — they either have no pockets, pockets that are so shallow you can't fit anything in them, or have fake pockets that are sewn shut entirely — and try explaining that to a kid. And if that's not enough to convince you that this is a product of misogyny, an old Reddit post shows a pair of 18-month-old boy's sweatpants having larger pockets than adult women's jeans (which, really, cannot accommodate an iPhone).

This being a bothersome, annoying inconvenience is well established at this point; but the lack of pockets in clothing designed for women is also an issue of inclusivity.

Pockets aren't just a fashion choice. They serve a utilitarian function, and to deny that to women or gender-noncomforming people who buy women's pants — assuming we'll all just carry a purse — is absurd, and frankly, unfair. When a meme pointing out pitiful pants pockets goes viral, sure it feels fun and silly in the moment, but struggling with clothing that's non-inclusive in real life is no laughing matter. And the solution can't simply be to purchase men's pants. (Though, if you've never stepped into a roomy pair of men's sweatpants with pockets big enough for your phone, TV remote, and extra snacks — you are missing out.)

This month, Levi's introduced a collection for Pride 2021 (for "all pronouns"), and the pockets look pretty petite on the person above, though a pair of shortalls called "Liberation" features quite roomy ones — which really makes you think.

Why do these brands refuse to acknowledge that not all women want to wear handbags?

For many people, wearing misgendered clothing can cause intense feelings of gender dysphoria, which the American Psychiatric Association defines as a "psychological distress that results from an incongruence between one's sex that's assigned at birth and one's gender identity." This usually occurs when someone is struggling with their gender identity, but can also be triggered by traumatic instances like wearing misgendered clothing, being referred to with incorrect pronouns, or other situations which cause a person to feel disjointed from their gender identity. Such a disconnect between your physical body and psychological identity can contribute to mental health disorders, such as anxiety and depression.

"It was a problem I was never really prepared for," says Danielle*, a 24-year-old trans woman from upstate New York. "Wearing women's clothes for the first time was the most exciting moment of my life. It was the first time I really felt like myself. It was so exciting that I never really considered that I was giving up pockets."

Vee*, a 29-year-old retail manager from Nevada who identifies as non-binary, likes to wear both men's and women's clothing. "It really depends on my mood. Sometimes I like my masc side to come forward, other times I like to be super femme. What I don't like is when I decide I want to feel cute and feminine I have to give up having pockets. Like, what if I just don't want to carry a purse? Why do these brands refuse to acknowledge that not all women want to wear handbags?"

Thankfully, there are some brands out there making change. The fitness sector was an early leader in pockets for women — because even if you carry one most of the time, you're not going to want to lug a purse around the gym or on a run. Brands Superfit Hero and BANDIER have great workout leggings with pockets. The latter's new WSLY collection of sustainable fits offers sweat suits and wear-anywhere shorts that — from the teaser images on Instagram — look very pockety, and perfectly gender-neutral.

If you're a professional, Argent makes beautiful high-end workwear with pockets as a central design feature — there are iPhone pockets inside the blazers, and "deep trouser pockets" on the pants, according to the brand's site. (Everyone from CNN newscasters to WNBA coaches to Vice President Kamala Harris and Meghan Markle have worn the brand, so consider us paying attention.)

Nevertheless, pockets remain a niche waiting to be filled. While brands try to improve their offering for people of all genders, there's an awesome directory called Dresses With Pockets that has compiled thousands of clothing items with pockets to shop. You can find pants, dresses, rompers, athletic wear, kids' clothes, formal wear, and even wedding dresses — yes, WITH POCKETS! (Shoutouts to Monique Lhuillier, Rosa Clará, and Lazaro Olena.)

Sending the message loud and clear that we want pockets in our lives, cargo pants are trending for summer 2021, thanks in part to celebrities like Bella Hadid and Halle Berry.

But it shouldn't stop there. The more we ask for — nay, demand — proper pockets on our clothes, the more likely brands are to comply. And that's how we will change the narrative surrounding pockets from one of pop-culture meme-ing into real inclusivity. Point blank: Pockets serve a purpose (keeping your gum, keys, mask and wallet close by), and no one should be less entitled to that simple convenience because they shop on one side of the store and not the other. 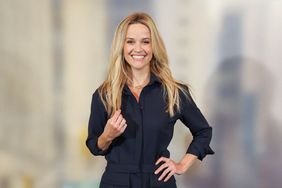