Is the Hemline Index Actually Real?

The 'Hemline Index' says the fluctuating economy influences trends — but that's not the whole story.

While we often talk about the deeper meaning of clothing as it pertains to celebrities and politicians, sometimes a person's wardrobe tells an even bigger story than what they intended. Can fashion be an indicator of financial and civil upheaval? The 'Hemline Index,' a long-held theory about the lengths of skirts and dresses, seems to think so.

The theory suggests that when the economy does well, hemlines creep up to match the feel-good vibe of the period, only to fall back down with recessions, reflecting the somber mood of empty bank accounts. At first glance, it does look like it’s onto something, which is probably why it’s been repeated so many times.

For instance, in the 1920s, hemlines rose with the stock market before falling during the Great Depression. They climbed back up in the mid-1930s and stayed knee-length during the supposed wartime boom of the 1940s. When Dior released long, voluminous skirts in 1947, the trend seemed to foreshadow the recession of 1949. Then, once the market righted itself, a slow and steady rise began, introducing us to the minis of the ‘60s, which stuck around through the ‘80s millionaire boom. Eventually, midi lengths popped up when the stock market crashed in 1987.

You get the gist.

Because of this strong correlation, newspapers and economists have promoted the index for decades. “Longer Midi-Skirt Could Affect Nation's Economy,” United Press International warned in 1968. Fort-Worth Star Telegram echoed a similar statement in 1978. "If you see a guy in a three-piece suit staring out the window at female legs this autumn, don't jump to sexist conclusions. Maybe he's not just a chauvinist pig, after all: he could be diligently seeking clues to the financial future.”

According to Clara Berg, Curator of Collections for MOHAI (Museum of History & Industry), George Taylor, an economist at Wharton in the mid-1920s, is credited with creating the Hemline Index. However, he didn’t actually make a link between the economy and skirt lengths. Instead, Taylor wrote a PhD thesis in 1929 called “Significant Post-War Changes in the Full-Fashioned Hosiery Industry,” which explored why the hosiery industry had explosive growth in the 1920s. One factor he identified was skirt length.

“As skirts got shorter, it made sense to invest more money in nice hosiery,” Berg tells InStyle. “The news somehow picked up this grain that, ‘Wow skirt lengths meant good times for hosiery,’ and then something was quoted and repeated into distortion about the thesis.”

When you track actual changes in the economy, the whole thesis falls apart, and it's since been debunked. Things especially get muddled when looking at the war and post-war eras, when Berg says longer skirts “were seen as a symbol of prosperity” — not the other way around. Women were no longer forced into rationing, so wearing something with so much fabric was seen as a sign of affluence.

Instead, many different factors — the economy, politics, pandemic outbreaks, and social movements — have affected which aesthetics consumers respond to. And when designers didn’t tap into those changes and sent something ‘wrong’ down the runway? Women rebelled, which eventually led to change.

One example was when Dior debuted its New Look in Paris in 1947. While some women rushed to buy sweeping skirts from the fashion house, others purchased poster boards for protests. In the United States, “The Little Below the Knee Club” formed, made up of women who wanted a choice in their wardrobe, not a dictation from designers. The group fought for skirts “a little below the knee” to be kept in style, and accumulated 300,000 members in three months.

Rather than focusing so much on how the market was doing at this point, it's worth looking at this reaction psychologically. There was one major reason women were pushing back against this Victorian silhouette: the look didn’t match up with the capable, 'Rosie Riveter' image they had grown accustomed to during the war.

Dr. Dawnn Karen, a fashion psychologist and author of Dress Your Best Life: How to Use Fashion Psychology to Take Your Look — and Your Life — to the Next Level, says that women were tired of having their bodies policed and being forced out of the workforce.

A year and a half later, Dior raised hemlines back up to the knee.

Cycles like this continued — designers releasing new, must-have skirt lengths and women protesting against them — until we eventually reached a world where the focus began to shift. By the 1990s, there was more of an emphasis on dressing for specific style groups, such as grunge, rave culture, and punk, rather than debating shorter or longer styles.

Still, even as fashion lovers grew to wear what they felt most comfortable in, simply picking and choosing which trends to follow, outside factors continued to play a part in determining what was ‘in.' That's still the case today, and especially in 2020. Thanks to the pandemic, social unrest, and the pending economic recession, people are now gravitating towards styles that make the most sense mentally and emotionally.

“We want to cover our bodies, wear comfy sweaters,” says Dr. Karen, who has even been approached by ghost designers, asking for help creating collections with psychology in mind. “We now have a lack of social interaction, so [fashion] can serve as a security blanket to quell the anxiety that we feel. You style from the inside out, so there is a congruence that you are being true to yourself.”

In other words, it’s not so much the economy that influences our fashion sense, but our reaction to what’s going on in the world and how that makes us feel. In the past, it might have been fighting back with mini skirts. Now, with so much uncertainty, we’re looking for comfort, so we reach for baggier designs and sweats.

Dr. Karen also theorizes that it will be important for designers to produce what she calls “woke wardrobes.” These days, people want to consume less fast fashion, be ethically and environmentally conscious, and support brands from overlooked communities. There’s more of an interest to know where things come from and why we’re buying something, which has led us toward the concept of seasonless, timeless fashion.

So, is the Hemline Index real and does it exist in 2020? Not exactly. But, do we gravitate toward certain styles to reflect our mood or the status of the world — economy included? Yes, and we’ll likely continue to do so for many years to come. 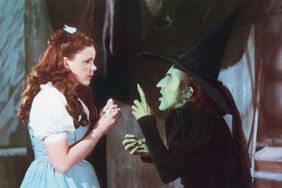 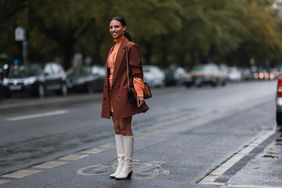