What to Wear to Hang with Usher

Our clothes are more than fabric on our bodies. What we wear becomes part of our lives in an emotional way. We all have a moment in time that's marked by what we were wearing: our first job interview, first kiss, first bad haircut … Welcome to "What I Wore When," a series that asks our favorite women what they were wearing during a memorable moment in her life. Elisabeth Weinstock is an accessories designer who specializes in exotic skins and leathers, sourced from all over the world. Each of her pieces is handmade, and give a nod to her L.A. roots. Another hallmark of her brand? Her bespoke pieces.

It was the day of my first official meeting with Usher and I was not sure what to expect. But I knew it would be interesting and I was excited to collaborate with him. All I was told beforehand was that he wanted to make a lot of different items that would be useful to him following his foot surgery.

That morning, I was remembering the funny way in which I had originally met Usher, and how we clicked immediately. A month prior, I was doing a new window installation in my store and Usher was parking his car across the street. We made eye contact and instinctively, I signaled him to come in. I had never met him and he did not know who I was.

But to my surprise, he motioned back that he was going to eat and then would come in after. AND HE DID! We spent a good amount of time in the store and he loved my brand. He even had some ideas for me that he wasn’t afraid to share.

So because of the way we met, which was so natural and spontaneous, I wanted to make sure that my style and what I wore the day we were meeting again reflected the REAL me … the woman he met that first day.

I wanted to dress comfortably, but feel good about what I was wearing and have at least one piece of my outfit be special, with an edge of its own. I wore my R13 Skinny Black Jeans, my black python biker jacket, and a pair of Rodarte ankle boots. I absolutely love my Rodarte boots. They’re a little punk rock, but still really comfortable.

It was an awesome day. We drove around L.A. looking for different materials and played with different leather swatches out of the bins in my studio until we came up with exactly what he wanted. We mixed leather with snakeskin. It was so interesting to watch him come up with combinations that I would never have thought of.

We made the most unusual items I’ve ever created, which I didn’t think would ever be possible. We made crutches, a cane, and two post-surgery boots … all in snakeskin!

At one point, he wanted to use a material so badly that we had found at a rug store near my shop. When we got there, they had just closed and we had to beg them to let us in! They were about to say no until they saw who it was.

Usher has an amazing sense of style and always looks effortlessly cool. That day was no exception. He was wearing killer black jeans, Kris Van Assche sneakers, a crew neck tee, and a vintage army shirt. He was friendly, cracked jokes, and instantly put me at ease.

What I wore that day showed Usher my authentic style, which is similar to his. So we had a quick mutual taste and understanding of what we wanted all the items to look like. I think having similar taste really helps when collaboration in a business like mine, especially because it’s more of a rock 'n' roll brand. You gotta have a little bit of edge, at the very least! 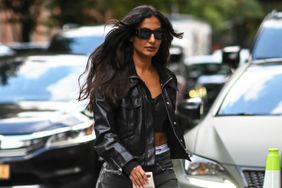 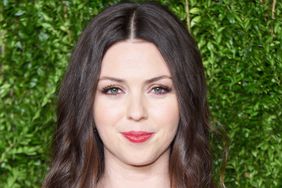