"Viola's style is sexy and fearless," says her stylist Elizabeth Stewart—just like that of Annalise Keating, the impeccably dressed defense attorney and law professor Davis plays in How to Get Away With Murder. "Strong shades look fantastic against her skin tone," Stewart adds. But along with the juicy palette, Davis' selections stand out for their exquisite details, from pleats to paillettes, which adorn and highlight her enviable frame. Streamlined silhouettes bring it all together in a way that's memorable, not flashy. Our verdict? Totally showstopping.

Davis was positively radiant as she took her 2015 Golden Globes stroll. She wore a strapless scarlet Donna Karan Atelier creation encrusted with rhinestones along the bodice.

Davis was white-hot at the 2015 SAG Awards in a sleek white Max Mara column with a twisted halter-neck and key hole detailing.

The How to Get Away with Murder star channeled Old Hollywood glamour in a pale off-the-shoulder structured Zac Posen ball gown, complete with a vampy lip and statement pearls.

Davis says the color and neckline of this minimal Escada dress caught her attention. Our eyes wander to the stunning aquamarine, emerald, and diamond Jacob & Co. earrings she pairs it with, worth $120,000.

"Viola gravitates toward statement shades," says Escada fashion director Daniel Wingate of this gown inspired by the waters of Curaçao. Sutra earrings and a Jimmy Choo clutch complement the bodice, which was embroidered in India.

The graphic lines on this BCBG cocktail dress "play up Viola's strengths, like her fit waist and arms," says Lubov Azria. And those Gucci T-straps? "She loves them because they're comfy," says Stewart.

As a best actress nominee for The Help, the star worked closely with Vera Wang to design this custom corseted gown for the Oscars. "We had so much fun going through sketches and swatches to find the perfect shade of green," says her stylist, Elizabeth Stewart. The finishing touches? Lorraine Schwartz jewels, a Judith Leiber clutch, and an all-natural cropped do.

"After mastering her role in The Help, I don't think anyone expected Viola to look so sexy," says Emilio Pucci creative director Peter Dundas, who dressed Davis in a silk chiffon number with a slit to show off her mile-long legs. "I wanted her to feel like a goddess at the Golden Globes."

In less than 24 hours, this plunging Raoul dress was customized to Davis's exact measurements for the Critics' Choice Awards. The best part about those critical fittings? "Getting to hang out with Viola and her then-1-year-old daughter, Genesis, who often comes along," says Stewart.

"This romantic chiffon Marchesa dress was an easy choice," says Stewart. "Designers Keren Craig and Georgina Chapman whipped it up especially for Viola to wear to the SAG Awards."

At Fashion Group International's Night of Stars Gala, Davis presented the Brand Heritage Award to Max Mara's Nicola Maramotti. "Every time I put on a Max Mara dress, it does not hide but enhances what I am," Davis said.

The South Carolina native took part in the Green Carpet Challenge at the BAFTA Awards, donning an eco-friendly Valentino creation made from recycled soda bottles. Despite its stiff origin, "the gown was very fluid, particularly when the wind blew," says Stewart. 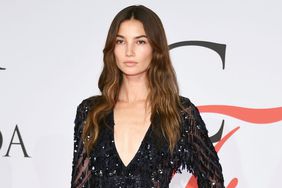