Social Media style savants like Alok Vaid-Menon and Wisdom Kaye are taking fashion into their own hands, outpacing an industry that’s been slow to meet their needs.

TikTok creator Triple Minor was perusing the dress aisle at a store near his home in Birmingham, England, when a sales associate approached him.

"Are you a stylist?" she asked.

"What's your style?" she asked.

The moment was profound for Triple Minor: Until recently, he had felt most at ease donning his red dresses, pleated miniskirts, gold platform heels and sequin dusters exclusively for his 34.6K TikTok followers. "I started wearing skirts and women's clothing on TikTok where I knew no one. The next step was taking it from social media into the world around me," he says via Zoom, a scarf tied artfully around his head. "Back in the day it was the streets. It's social media now that has influence."

Spaces like TikTok, Instagram and YouTube have given androgonous stylists, post-gender visionaries and queer creatives the freedom to embrace their authentic selves, tools to build a platform, and potential to have a wide reach and impact. The result is an empowered generation of tech-savvy trendsetters whose content and preferred clothing subverts gender norms and transcends the mainstream.

We no longer have to wait for somebody who's an arbitrator of style or a person of authority to tell us what to do. We are the authority.

Celebrity stylist Sam Ratelle, known for styling Billy Porter and heralded as a "Red Carpet Svengali" in the New York Times gets hot under the collar at the notion of clothing as gender-defining: "It's fucking fabric," he says. "Clothes don't assign a gender to themselves. People do. As soon as we're born, we're put into a box." Ratelle explains that much of fashion representation has been tied to the access people are granted to clothing, specifically couture, and how TikTok creators are removing permission from the equation. "I think we're entering a DIY world," Ratelle said. "Everybody's their own content creator, production company, and lifestyle magazine. We no longer have to wait for somebody who's an arbitrator of style or a person of authority to tell us what to do. We are the authority."

Triple Minor noted that when it comes to true freedom in genderless fashion, TikTok has replaced Instagram. "People who influence then become influenced," he says. "Because creators are eventually given clothing to create content, it feels like a certain amount of freedom gets taken away. They have to represent something rather than represent themselves." When personal style is monetized, the style becomes less personal, which is why Instagram seems to have veered back to mainstream and TikTok, for now, offers an experience that doesn't feel so simulated.

Eli Erlick, co-founder of Trans Student Educational Resources, and a 2016 Teen Vogue "New Face of Feminism," says that when big brands launch gender-inclusive collections, it can translate as insincere, a cash-grab. "We actually have this joke in the queer and trans community that they're either trying to sell you an ugly, bold rainbow print, or they're selling you burlap potato sacks. There's no in between." Erlick says TikTok strips the insincerity from the genderless visual representation, which is exactly what major brands have been struggling to accomplish.

The idea that restrictive gendered fashion doesn't suit people's needs and desires isn't a new one, but it's been inadequately addressed by brands hesitant to relinquish their own identities in favor of that of their consumers. TikTok is proving to be the place where users eschew Instagram's perfect curation in favor of messier, realer moments. And folks who may be nowhere near the nucleus of fashion can create their own aesthetic. Wisdom Kaye, for example, has over 5.8 million followers and his videos, in which he dons looks that include platform heeled boots by Rick Ownes and mini purses by Christian Cowan, have an aggregate 162.5 million likes. He works as a model and was recently named by Vogue as "The Best-Dressed Guy on TikTok," but he represents a group of individuals now outpacing an industry that's been moving too slowly to meet their needs, in a world where instant gratification is just a scroll or tap away.

TikTok creator Jay Beech joined the platform in January 2021 and already has more than 72K followers. He posts fashion videos showing off a gender-fluid and retro-chic wardrobe that incorporates bell bottoms, pearl necklaces, handbags and cardigans. "I'm going to wear what I want," Beech says. "I don't care if it's on-trend, I don't care if it's fashionable; it's my style. I've gotten to a point where I've stopped buying from brands. I'm looking for stuff that I like. That's not saying brands won't ever appeal to me — if I see something and I like it, then I will buy it. But when I thrift, I can take away the stereotypes because there's no real men's or women's section. It's just clothes and I can simply go through the clothes."

11 Brands That Support the LGBTQ Community All Year Round

Social media creators are going rogue, in other words, and dispensing with old rules (what you "should" wear) and habits (where you "should" shop) in favor of a "do what you want" ethos that just makes more sense among Gen Z, the cohort that's largely on TikTok. The mark of progress seems to be twofold. The revolutionary act isn't soley the man in the dress or the non-binary person wearing what they please sans explanation, there's something equally important happening on a larger scale: Society is beginning to embrace a broken mold. This progression has granted the younger generations the gift of nuance and the ability to inhabit a post-gender fashion world with nonchalance.

On social media, people are saying, 'You don't get the power to tell me what is cool, or what I should look like. I'm showing you what is cool and what is beauty.' That's been so powerful.

Gender non-conforming writer, performer and speaker Alok Vaid-Menon launched the movement #DeGenderFashion in 2019 aiming to strip gender from the fashion and beauty industries. "The old school model that a lot of brands are operating from is about marketing aspiration, saying, 'You could be cool if you look like this,'" Vaid-Menon says. "On social media, people are saying, 'You don't get the power to tell me what is cool, or what I should look like. I'm showing you what is cool and what is beauty.' That's been so powerful — the democratizing of not just a conversation on gender, but a conversation on beauty and style."

Keeping the conversation flowing is powerful social media presence and duo, body-neutral advocate and founder of the be.come project, Bethany C. Meyers and their spouse, actor Nico Tortorella, who both identify as non-binary. Meyers's Instagram feed radiates a laissez-faire approach to love, life, and fashion, whether on the red carpet or inside their home. "I get excited about the de-gendering of fashion because I do see it play out on social media," Meyers says. "The ads I see are often unisex brands. I think a lot of things coming out are genderqueer, but then I step out into the world and realize that's not near as mainstream as what I hope and think it can be."

Meyers, Triple Minor, and Vaid-Menon all noted that smaller brands are doing a better job of maintaining inclusivity. Patrick Church, who's an independent queer designer and artist, is a favorite of Vaid-Menon's. They also gave a nod to Chromat, a gender-free, body-inclusive swimwear line that doesn't categorize their products using gendered labels. As for larger brands doing the work to break down their strict identities, restructure and revamp, Ratelle applauds Coach, pointing out the brand is inclusive rather than performative.

What many large brands seem loath to admit (or attempt) is that it is possible to divorce gender from the way fashion is presented. In TikTok challenge videos, of which Wisdom Kaye is especially skilled, creators match outfits to music, eras, locations, elements, and so forth, without any hangups about labels or gender. Wisdom Kaye wore pearls paired with a silver tote to represent the element wind, because he deemed them most windy.

The beauty of this is it shows people's ability to evolve based on instinct rather than instruction. The idea that it's more challenging to unlearn what we've been taught than it is to grasp new concepts is one more notion that TikTok creators are turning to dust. 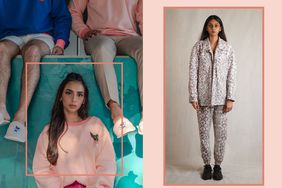 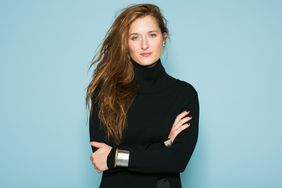