Here are some working theories about why we don’t see more inclusive clothing in plus sizes (hint: fatphobia).

Jess is a freelance fashion, health, and culture writer. Her work mainly centers on the lived experiences of marginalized bodies, and she's been lucky to work with great editors who let her explore fatphobia, ableism, racism in fashion and health. She believes everyone has a story, but so often people are left out because they don't fit the look or narrative that traditional media has promoted. Her goal is to change that; she wants to tell stories about everyone. Jess' work has been featured in Harper's Bazaar, Teen Vogue, Stylecaster, Health Magazine, and many others.

As Pride month gets underway, we'll see many discussions around inclusivity and sartorial self-expression. But even in these supposedly welcoming conversations, too much of fashion will do what it always does: focus on thin, conventionally attractive, cis-gender white people.

Finding on-trend clothing for fat bodies is challenging, even though the average woman in the United States wears a size 16/18 and the plus-size market garnered a reported $480 billion in 2019. Nowhere is this more apparent than in the lack of size-inclusivity in gender-neutral fashion. As this form of expression gains more popularity, brands such as Telfar, Norma Kamali, Equipment, and Wildfang have released gender-neutral pieces. And while some are offered up to a size XXL, the vast majority of gender-neutral fashion is made (and marketed as) for thin bodies.

Besides my chagrin at yet another "trend" we're not allowed to participate in because we're fat, I also wonder how non-binary or masculine-presenting people with fat bodies feel and how they find ways to express their gender through their clothing.

"I have complex gender feelings," shares Australian musician Kira Puru, who identifies as non-binary. "Sometimes I wake up in the morning to get ready and pick up a dress, and it's like, 'Nah, not today.'" Puru's tone about how she chooses to dress may seem lighthearted, but clothing can be affirming to the non-binary experience, which is more important than she lets on at first. Puru, who is Māori, only recently started talking publicly about being non-binary, but her on-stage and off-stage looks have been bucking societal gender norms since she started releasing her addictive electro-pop tunes in 2013.

Rock Star Fashion Is Back — Just in Time for Summer Concerts

Ellen Kempner, of the Boston band Palehound, recognizes these challenges as a non-binary, plus-size artist. "It's hard for me to find inspiration for myself when I just don't have access to most of the clothes that people do," she says, pointing to fellow rocker the former Alabama Shakes singer Brittany Howard as someone who's managed to transcend the market's limited view. "She's so stylish and also androgynous, which is rare for plus-size people because our bodies are so feminized, because we have big tits and hips. To see someone with a similar body to mine pulling off this sick, powerful, androgynous look," Kempner adds. "She gives me so much hope."

In order to pull off that kind of look, though, fat androgynous or gender-nonconforming people are forced to get creative. "I'm honestly usually in the men's section," diversity and inclusion consultant and plus-size fashion influencer Jazzmyne Jay says. Similarly, Puru says she had to become her own fashion designer. "I got really good at customizing clothing and cutting things up and adjusting them to fit my body." Why, at this stage, we still need to DIY our clothing is a mystery only fashion itself can solve. However, I have a few working theories about why we don't see a wider selection of gender-neutral clothing for fat bodies (hint: it's fatphobia. It's always fatphobia).

So much plus-size fashion seems to be hyper-performing femininity; the excessive floral prints, curve-hugging bodycons, and ever-present peplums drawing attention to the waist. For women of a certain size, this often serves as a protective shield, since some are denied femininity, a sentiment echoed in author and professor Roxanne Gay's 2017 memoir, Hunger: "We have such narrow ideas about femininity," Gay writes. "When you are very tall and wide... you all too often present as 'not woman.'" Meanwhile, the pervasive stereotype that fat people are inherently lazy makes more loose-fitting, gender-neutral silhouettes seem almost forbidden (I'm reminded of Karl Lagerfeld's infamous quote: "sweatpants are a sign of defeat. You lost control of your life, so you bought some sweatpants").

Of course on the opposite end of the spectrum, so-called "curvy" fat bodies are seen as inherently feminine, and fashion seems hard-pressed to see them as more than that. Fat people fit neatly into a box, denied the opportunity of exploration — not only due to lack of availability, but because of fear of ridicule. So it often happens that fat people dress for others' expectations and comfort rather than our own.

For Puru, those expectations don't figure into her gender or her clothing choices, "what's available [in fashion] doesn't work for me, it's not exciting. It doesn't fit me. I think that is very in line with the non-binary experience because gendered fashion doesn't work for me because I don't have a boxed-in gender."

Because that's the point: people don't stop desiring self-expression because they don't fit a size 12, but that's what fashion presumes when it simply doesn't offer a variety of styles in large sizes. "[Expression through fashion] is the most important thing to me," Jay shares. "If you take that away from me, I am NOT okay." And her Instagram feed perfectly illustrates that. From feminine red dresses to stereotypically masculine streetwear, Jay's vibrant, queer, fluid personality, like Puru's, doesn't fit into one box, and her style is a necessary tool for expressing that.

For others facing this retail struggle, thankfully, the market isn't completely barren; there's Big Bud Press, Universal Standard, Nordstrom x Wildfang's recently released collab, British high street brand Asos' Collusion, and a few others. Jay models an Ivy Park outfit in the Instagram post above, which she specifically compliments for its size range. The needle moves, but for an industry that prides itself on always looking ahead, that needle sure seems to be moving pretty slowly.

There's a larger conversation here about fashion's lack of interest in fat bodies, and another one about how society continues to willfully misunderstand non-binary and gender-fluid experiences. I won't claim to be the voice to speak to either, but here's what I will say: Your body and how you choose to present is totally up to you, and no matter what that looks like it's valid. Now, if brands aren't coming to the table with interesting clothing that fits? That's their loss.

With additional reporting by Jael Goldfine. 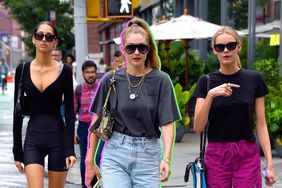 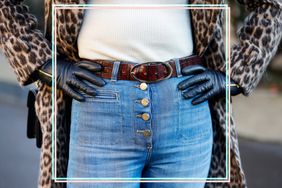 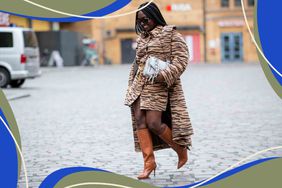 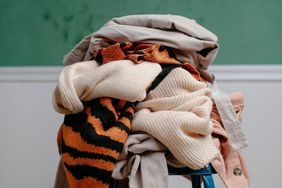 Post-Pandemic Wardrobe Anxiety Has Nothing to Do with Your Body