Theron stunned at The Huntsman: Winter's War premiere in a black Dior Haute Couture creation with one off-shoulder strap and a sheer illusion one embroidered with embellishment.

Theron wore Dior with jewelry by Harry Winston for the 2016 Academy Awards.

At The Huntsman Winter's War photocall in Milan, Theron tempered the sweetness of her flouncy Chloé mini skirt with a no-nonsense neutral button-down from Saint Laurent and killer lace-up sandals from Alexandre Vauthier.

In Givenchy by Riccardo Tisci, 2016

The actress stepped out in this pink lace Givenchy by Riccardo Tisci dress for The Last Face photocall in Cannes, France.

Theron was radiant at the Cinema for Peace Gala in a plunging black silk cadi Dior gown that she styled with a simple black clutch.

Theron in Christian Dior Couture with Chopard jewels at the Cannes Film Festival. 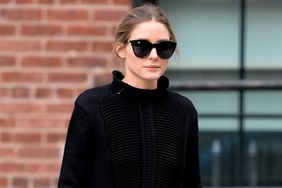