Photos From The Biggest Drag Festival of the Year

While the fashion set raced between runways and coated Manhattan’s streets with an even-better-than-usual style showing, a crowd of another kind was gathering in Queens for Bushwig, the annual celebration of drag, music, queer style, and unabashed joy.

"As a photographer, it’s just visually stunning," says Chris Sorensen who captured the event for InStyle for the second year in a row. Bushwig 2019 featured more than 100 performances spread over two days at the Knockdown Center, a warehouse-turned-event space, with indoor and outdoor stages, a bar with frozen cocktails, and vegan Mexican food to keep everyone fed. Though it’s fair to say anyone who went was serving — and subsisting on — looks.

Eve Deluxe, pictured here, says it's a beautiful melting pot of cultures, styles, and personalities, and one for which her look took a good month and a half to plan. “The looks are just so amazing and varied. It’s like Halloween and Mardi Gras got married and had a threesome with the Met Ball. Everyone is so creative and daring. But what keeps me coming back is the people,” Sorensen says. A queen who captured his heart (and lens) at this year’s event, Ms. Ter, adds that “Bushwig is an amazing celebration of love, art, and drag. It’s a special place where everyone is welcome and the lines of gender and reality are blurred (or sometimes erased all together) with no questions. It’s almost a utopia.”

Like any event where a community opens itself up to outsiders, the outcome is both fun and a learning opportunity. “I’m constantly amazed by the breadth of what drag can be,” Sorensen says. “When I first went and shot it, my concept of what drag could be was pretty limited and probably antiquated. But femme, masculine, kings, genderqueer, non-binary, anything can be drag, and it’s wonderful to see creative people make something unique. Now that my knowledge and expectations have grown, the artists still manage to surpass them every year.”

Hear from some more of those artists, and see Sorenson’s bursting-with-beauty photos of Bushwig 2019, ahead.

"What I love most about Bushwig is that it is an event that is very protective of both its performers and patrons. It is a queer event and a celebration of who we are, to our core, but also a safe space for all of us to thrive. As a gender non-binary person of color, I don’t always receive the respect or consideration I do at Bushwig. It is a queer event, however, Bushwig is for EVERYONE and the only thing that is expected of you is to come as who you are — like anything in life, you MUST come to Bushwig and see for yourself.

"Funny enough, I saw [this look] in a dream. It was the type of dream that stays with you long after you wake up so I knew I had to find a way to bring it to life. It wouldn’t have been possible without my talented designer, Marissa Menezes. SOL is all about love and light and choosing to pay honor to the Yoruba deity, Ochún. She represents love and encapsulates femininity, and it was important for me to embody that. Most of my preparation came from focusing on manifesting the feeling I felt in my dream: POWER."

"Bushwig is basically like a playground for self-expression and love. My boyfriend, Ben Johnson, and I take a lot of pride and put in a lot of work [into our looks]. He handmade almost all of the Garments we wore this year, and we have been planning each detail for a while now. But at the same time we are collectors and have so much to choose from that sometimes we just grab and go, and it all works out."

"I love Bushwig because it has that community feel that many large gay events, especially in NYC, don’t have. When I come to Bushwig I know I’m gonna see other local queens, queers, and artists and not simply bunch of corporate sponsors who are paid to be there.

"I think a lot of people don’t know how Bushwig started as a small community gig. I was talking to Untitled Queen this weekend, and she said the first year was just 50 performers...now there’s four times as many performers, with queens from Drag Race and all the way from the UK. It’s amazing!

"This year, I was playing around with so many concepts for my performance and landed on 'Red High Heels' because it’s a fun, upbeat song that embodies how I feel during Bushwig weekend, but I also wanted to give my 'red' high heels a communist twist with a tribute to Karl Marx. Drag IS political after all!"

"It's a chance to showcase all drag talent regardless of gender identity which I think is very important. It's the only place where you can possibly find every form of nightlife drag represented. You will see drag Kings, non binary folks with a multitude of talent and skills as entertainers, everyone is represented."

"As an artist I always tend to stick with the primary colors so my flame/sun/Hot Cheeto look and my blue moon/water/Sunday best look came to balance each other out. The mask makeup has been a growing trend of mine in the last few weeks as my drag begins to develop and change as I change. I’ve moved more into a minimal clown meets modern painter aesthetic. My red look took longer to prepare since I made the piece. There was a bright orange bubblewrap train that I made from materials I found in the recycling (looking to be that eco-queen) and matching pants that was pulling inspiration from Lady Gaga’s bubblewrap outfit back in 2013. The top was a tutu that I added a collar to from this flame hat that my parents bought for me. The blue look was a thrift store find that my parents got (shout out to Carla and Jay) and I used the belt as a tie to give a more androgynous feel. I added some accessories and strutted down the street on Sunday feeling like I was in Hello Dolly. My looks were fun to do, easy to wear (a must for long days), and a good presentation of the artist I have become."

"This was my first experience with Bushwig and won't be the last. One thing I noticed is that there were queens from all over the globe which brought a mixed variety of creativity to the stage. As a baby drag queen and artist that was most exciting for me. With this look I chose to design a hat that would be the focal point of the look. I found some supplies in the garment district and spent most of my time figuring out how to execute it. Afterward, I chose something from my closet to match the hat, which was a vintage kaftan and 6-inch gold platforms. I chose not to do full-face makeup as I ran out of time."

"I love Bushwig because it’s such an inclusive celebration of drag as an art form across the board. It reminds us that ALL drag is valid, and artistry is limitless. It’s a huge celebration of queerness! My look this year was inspired by 'The virgin' archetype portrayed in a lot of horror/suspense films, as well as my academic interest in cults and ritual. I have had the number planned in my head for about a year and it was so exciting to finally make it happen after so long. The designer Pinwheel Pinwheel played a huge part in making my vision come to life."

"I wanted to wear something that I felt represented where my drag aesthetic is currently. Bushwig is a great space to create a visual thesis of what your drag has been for the past year, or highlight what direction you would like to go. I definitely spent the entire night before Bushwig sewing my dress and making sure I had everything ready. I think most people spend Bushwig-Eve stressing out about our looks, everyone just cares so much and wants to look their best."

"This was my fourth Bushwig and the second year I volunteered. My look was chosen as a point of comfort as I knew how much running around I would be doing. I wanted to create this idea of femme and masculine. I am a bearded queen, but on Saturday I was able to showcase both of my utmost feminine and my everyday life. If you come to Bushwig you'll be able to see how much time, effort and creating truly goes into this art form!"

"What I love most about Bushwig is that it’s a safe space that gives everyone a chance to be who they want to be. Seeing regular people roaming freely in their fabulous outfits warms my heart. We’re all a part of the magic of it and it’s really everyone’s chance to exhibit their inner rainbow. It was hard for me to choose just one look: I ended up bringing four changes for the event. My favorite was probably the bumble bee, though. I love feeling regal and like royalty, and high fashion. The whole look took me about two nights to complete."

"I think people might not understand that Bushwig is primarily about PERFORMANCE not about how nice your wig is or who you are wearing. And that the people coming to watch are also turning looks! It’s verging on visual over stimulation! I have a love for all things Angela Lansbury, specifically her turn in Mame... I had her entrance outfit (originally by Robert Mackintosh) re-created by a friend. It took us a while to find the right fabric, I wanted something easy to care for in yellow but with just the right amount of shine." 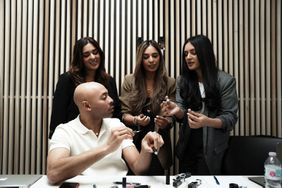 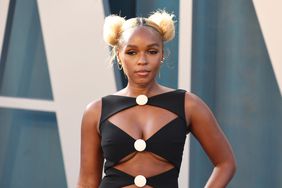 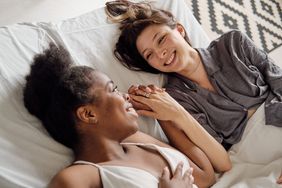 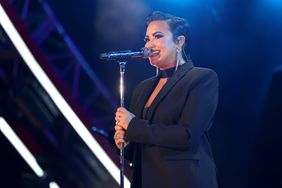 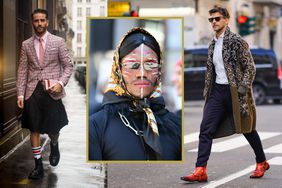 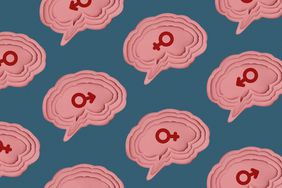