The most unfortunate trend of the '00s is making a comeback.

The early'00s were a confusing time for fashion. We belted shirts that didn't need belting. We styled skirts over jeans and thought it looked cute. We wore two polos instead of one, because one simply wasn't enough. However, the top offender of all aughts trends was likely the bubble skirt. It had a hemline that looped around and came back up (sometimes this was created by a tighter bottom half and some extra material above it), forming a shape similar to an unstuffed pillow. The bubble's been gone for years. But now, it seems to be making a comeback.

Louis Vuitton's Nicolas Ghesquière included a handful in his 2020 Cruise collection, and from there, Millie Bobby Brown and Sophie Turner hopped on board. Even Celine Dion — who likely remembers the bubble skirts of yesteryear — decided to give this trend a go, wearing a bubble skirt from Alexandre Vauthier during Paris Haute Couture Fashion Week.

We're concerned this one might be catching on quickly — especially among the youth — so, as a warning, we're giving you a good look at these designs, both the old (and the questionable) as well as the new.

Louis Vuitton's Cruise 2020 collection included a handful of bubble skirts, bringing back a ton of memories for '00s kids.

Millie Bobby Brown has supported this trend, wearing a pink Louis Vuitton skirt to an event.

The bubble skirt made an appearance in Alexandre Vauthier's Fall 2019 Couture show.

We even saw one on Guo Pei's Spring 2019 Couture runway.

And yes, even Chanel was supporting the bubble skirt for Spring 2019!

Celine Dion's was extremely extra (and overshadowed by her sleeves — but it's there, we promise).

And Natalia Dyer almost made us consider giving the trend a try in her Simone Rocha skirt.

...But 2006's bubble skirts are still burned into our brain. Remember this one worn by Zoe Saldana?

How about Mischa Barton's bubble skirt?

Zooey Deschanel was a fan.

Rihanna knew this was pretty much the biggest trend for formalwear.

And if Paris Hilton wore it, you knew it was "hot." 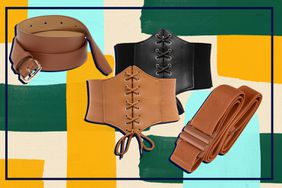 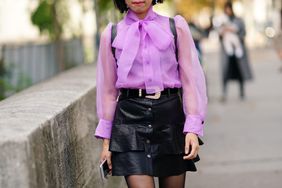 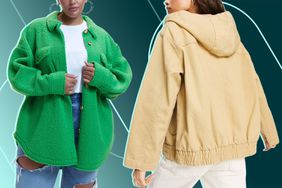 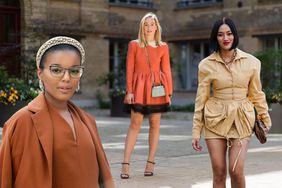