It's been a great year for celebrity style-breakout beauties like Solange Knowles, Allison Williams and Zoe Kravitz kept us inspired with their amazing outfits. One thing is for sure, whether on the sidewalk or the red carpet, these young stars always look amazing!

Musician/DJ Solange Knowles has no fear when it comes to taking fashion risks. "Whether it's eyelets, knits, or florals, I always enjoy playing around with texture and pattern," she once told InStyle. "I like contrast." Much like layering a Roberto Cavalli jacket over simple black basics and accessorizing with a bolder-than-bold CC Skye clutch and colorful Pierre Hardy sandals.

She toasted the reopening of the Salvatore Ferragamo store in a deep purple satin jacket and crimson trousers from the label worn with a sheer print blouse by Maki Oh.

For the Costume Institute Gala, Knowles displayed her way with color in a brilliant yellow peplum gown from Rachel Roy. She finished the look with a lucite Edie Parker clutch and a statement bangles from Jennifer Fisher.

actress Lily Collins plays up her delicate beauty (and major brows) with an impressive array of designer styles. For a Mulberry bash at Coachella, the up-and-comer added a top and accessories from the brand to festival-ready dark denim.

She showed off her amazing legs at the CFDA Awards in an embroidered Marchesa ultra-mini. Matching pointy-toe silver pumps and Atelier Swarovski earrings complemented the metallic design.

lead Emily VanCamp favors sophisticated styles like the cropped jeans, blazer and Brian Atwood peep-toes she wore for a visit to Extra.

Chanteuse Lana Del Rey has described her personal style as "gangster Nancy Sinatra," which perfectly encapsulates her old school hair and makeup (check out that retro bouffant!) and high-low clothing mix. For a walk through London, she added a sheer Sandro top to G-Star jeans, Superga sneaks and a Mulberry bag.

For the Echo Awards in Berlin, the singer opted for an elegant draped gown from Giorgio Armani.

French actress Lea Seydoux goes for classic-with-a-twist designer styles like the Christian Dior ensemble she wore to the Farewell, My Queen photo call in Paris.

The Prada model (she's the face of the label's Candy fragrance), hit Miu Miu's fashion show decked out in head-to-toe Prada, including a flame-motif clutch and sandals.

She celebrated the debut of Farewell, My Queen at the Berlinale International Film Festival in a custom Prada gown that cut away to reveal floral-embellished sandals from the brand.

breakout star Allison Williams embodies polished N.Y.C. chic. For a visit to the Today show she added an ivory coat and nude Louboutins to a vintage Valentino dress from Frock N.Y.C.

For the Costume Institute gala after-party, Williams sported a beaded dress with a feathered chiffon skirt. Silver sandals and a matching clutch completed the look.

Victoria's Secret Angel Erin Heatherton shopped Miami Beach in the perfect off-duty-model look: a leather jacket over an oversize sweater and leggings. "I think fashion is so trend-oriented, but the thing that makes someone fashionable and makes them carry their clothes well is if they know their body and know what they like," Heatherton told InStyle.com. "That takes experimentation. You have to go and shop and buy vintage and try different things."

Heatherton celebrated the summer solstice with Carrera sunglasses in a drop-waist Prabal Gurung print dress. "It's so beautiful, I'm in love with it," she told InStyle.com of the look. "I love the colors. It's the perfect dress for the first day of summer."

Aussie actress Bella Heathcote draws her inspiration from her blazer-and-jeans-loving mother. "I always thought she looked so chic," she told InStyle. "A loose top with fitted pants is my go-to look." For a Cannes Film Festival party she wore head-to-toe Gucci.

Heathcote swept down the red carpet at Cannes in a silk georgette print gown from Gucci.

Actress Zoe Kravitz favors mix-and-match ensembles like the striped coat and black separates she wore to New York Fashion Week. "My style is influenced by my father [Lenny Kravitz]-and The Little Rascals. I watched it all the time when I was younger," she told InStyle. "It's the reason I love wearing clothes that are all tattered and worn."

For the premiere of The Dark Knight Rises, the actress paired a daring Emilio Pucci LBD with sheer insets and Alexander Wang shoes.

star Jessica Pare has an ease about her even when she's wearing couture. For Chanel's "The Little Black Jacket" event, she chose a little yellow jacket from the label worn with low-key black separates.

Pare appeared at the CFDA Fashion Awards in a hot pink and black Jason Wu dress and tassel earrings and a diamond-and-pearl ring from Tiffany & Co.

She made her Costume Institute gala debut in a curve-hugging gold sequined L'Wren Scott gown.

Berenice Bejo once told us that she likes to please her director husband with her red-carpet looks, but we're all pretty happy about the way she looks! For a cocktail reception in Paris, she teamed a print Carven top and skirt with Jimmy Choo sandals.

Bejo arrived at the Australian Academy of Cinema and Television Awards in a spangled plum Azzedine Alaia shift and a Swarovski minaudiere.

The actress brightened up the amfAR Cinema Against AIDS gala in a red and white print gown from Giambattista Valli and an Olympia Le-Tan La Femme Amoureuse book clutch.

Model-turned-actress Dree Hemingway has a way of making designer looks her own. Case in point: she celebrated her design collaboration with French label Sandro in a two-tone tee and embroidered jeans from the collection.

Kate Mara manages the perfect balance between pretty and cool. For a Coach summer kickoff party, she layered a polka dot Madewell blazer over Zara shorts and accessorized with a Coach clutch and Prada slingbacks.

The petite actress attended the Miu Miu in a cranberry look from the brand accented with a salmon clutch and neon pink suede peep-toes.

Mara selected a ladylike cream and black dress for a Montblanc event. She accessorized with Christian Dior shoes and a Bottega Veneta clutch. 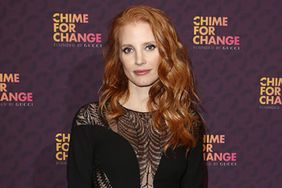 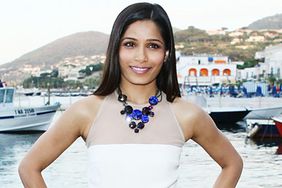 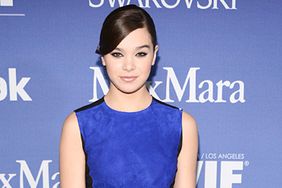 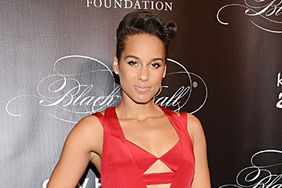 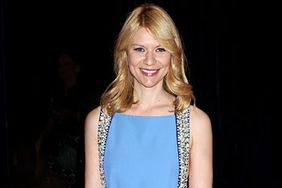 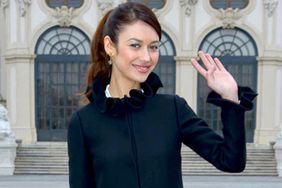