The actress teamed up with Vera Bradley to design the fashionable backpack of our dreams.

Lana Condor is an avid traveler, whether it's to Korea or the Big Apple, filming hits such as Netflix's To All the Boys: Always and Forever. She's even set to jet off to the planet Mars — at least on-screen — in the upcoming, other-worldly HBO Max romcom Moonshot, in which she stars alongside Riverdale hottie Cole Sprouse.

Naturally, the actress and singer knows that when it comes to traveling, a spacious bag with lots of compartments is of the utmost importance, and when choosing the perfect option, style cannot be compromised. So, it makes sense that she has now partnered with one of our favorite throwback bag brands, Vera Bradley, for its latest collection, adding a modern, utilitarian twist on old classics for a dose of nostalgia and practicality.

"It makes me really happy to be able to partner with a brand that I have an emotional connection with — not just loving the products, [but having] good memories associated with the brand," Condor tells InStyle via Zoom interview, adding that her first ever Vera Bradley was a duffle she used to transport her dance shoes and equipment for ballet class.

Though the name Vera Bradley may feel like a blast from the past to some, the early aughts cult favorite is committed to evolving with the times. The new Recycled Cotton collection even features solid-color ways — a first for the brand — and six new utility silhouettes. Plus, the entire collection is made from 50% recycled and 50% conventional cotton. The company is committed to updating all fabrics to sustainable alternatives by 2025.

As a Gen Z fashion icon, Condor brought her expertise and impeccable taste to the table when creating her own design for this launch. Given that she herself had been on the hunt for a functional backpack for traveling, she made sure her piece had everything that she personally looks for in a bag, as well as a few other features that were missing from other backpacks on the market — especially one particular attribute she's very passionate about.

"I feel like guys always have the side pockets, and girls' [bags] never get [them]," she says, adding that she always has to rely on whatever her boyfriend, Anthony De La Torre's (no, not Peter Kavinsky!) is carrying, shoving her "last minute" items into his side pockets.

"It drives me insane because the side pocket is the most functional part of a travel bag."

Not only did Condor make a point of including side pockets in her creation, she also added a large front pocket and an expansive main compartment, which is lined with the print of her first-ever Vera Bradley bag.

Still it wasn't just about function for the actress-turned-designer. The on-trend black bag — which is neutral enough to style with any airport outfit — is trimmed in baby pink accents, including a chunky clasp that holds the top flap in place. On the back, Condor even snuck in the cutest pink stripe detailing for the perfect finishing touch.

"This stripe is really just for you," she explains. "It's on the back, so you don't really see it, but you know it's there. It's fun."

Condor admits that she is, in fact, a total "bag lady" and rarely leaves home without one. But her number one rule for a bag is it has to be big enough to fit an iPad and a book. ("My iPad for work and the book for escapism!") It also has to house her other necessities: "Wet wipes, obviously. Some extra masks, lipstick, and a brow pencil, because if you have your eyebrows and lipstick on, you can look put-together."

Yet, while Condor may list a good bag as her go-to staple, and reveals that carrying one her feel "powerful," her first fashion investment piece was actually a pair of ritzy Chloé heels she wore to Comic-Con with the cast of her first movie X-Men. As a newbie to the industry, she didn't have a glam team or stylist, so she was left to her own devices — although she didn't do half bad for herself. Condor now credits female cast mates, including Game of Thrones actress Sophie Turner, with helping her to learn the ropes and set an example for all future events.

"All the girls were talking about who was styling them, what they were going to wear. [As] my first experience with the industry, I didn't even know that there was such thing as glam, let alone getting styled for something," she laughs. "I honest to God remember calling my manager at the time and was like, 'Sophie's talking about getting glam. What does that mean?'"

Years later, the star now has plenty of events and red carpets under her belt, and has definitely made a handful of best-dressed lists — especially after playing Lara Jean in Netflix's book-to-movie franchise, To All the Boys. The series, which streamed its final installment this past February, launched her to superstardom, and Condor points out that LJ's specific sense of style, which is very quirky-meets-chic, actually played a huge role in bringing the character to life.

"Her style changes throughout the movies," she tells us. "It's much louder than she is, so it's always been a representation of inner emotions that she might not always feel like she can let out. She pairs things that you would never think in your wildest dreams would go together. It's very quirky, colorful, bright, and optimistic."

In contrast, Condor's bubbly and boisterous personality allows her own outfit choices to be a bit more muted, while still remaining incredibly fashion-forward. "I would say my, my personal style is much more comfortable and relaxed," she says.

Regardless of your personal aesthetic, or whether your summer travel plans require a long flight or a short hike close to home, Vera Bradley's The Recycled Collection will no doubt come in handy. The pieces, which range from $15 to $130, are available to shop now at verabradley.com. 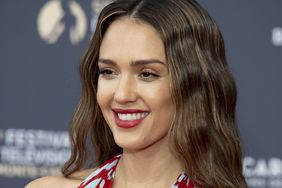 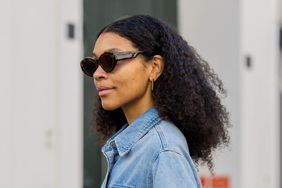 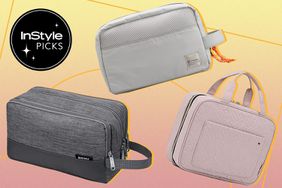 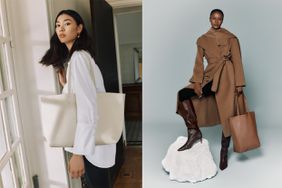