Breakups are never easy. But once you've gotten past the pints of mint chocolate chip and the wallowing to Whitney Houston's Spotify channel, something magical happens. You turn a corner. And finally, you're ready to get back out there and show the world that you've moved way past what's-his-name.

That's where the revenge dress comes in. Unlike a new haircut (too permanent) or a new yoga bod (too strenuous), a revenge dress gives you a new lease on your social life in minutes. It's a fresh start in fashion form. And believe it or not, the term actually has pretty aristocratic origins.

In November of 1994, Princess Diana was in the middle of a publicity storm following her separation from Prince Charles. Instead of going into hiding (which let's face it, would've been much easier), the royal made headlines for an entirely different reason—her dress. On the very night that Charles admitted to his infidelity in a now-infamous interview, Diana stepped out in a chic black curve-hugging, off-the-shoulder dress (above) by Greek designer Christina Stambolian to attend a party at the Serpentine Gallery in London. And so, the revenge dress was born.

VIDEO: The Sad Reason Why Princess Diana Wouldn't Wear Chanel After Her Divorce

Of course, Diana was already known as a royal trendsetter. But before that night, her look was demure, sophisticated, and regal, rather than sexy. That dress was the ultimate fashion power play. And now, more than 20 years later, women everywhere are still channeling their inner Lady Di with their own head-turning breakovers. From Reese Witherspoon's sunny yellow Nina Ricci mini, post-Ryan Phillippe split, to Bella Hadid's Alexander Wang cat suit at this year's Met Gala (eat your heart out, The Weeknd), we're taking a look back at the best revenge dresses of all-time.

The night before her divorce to Tom Cruise became finalized, Kidman turned heads in this streamlined black bustier dress. Cruise, who had been separated from the actress for six months already, was also there as the film's producer. That's not awkward at all.

Britney Spears at the London premiere of Crossroads (2002)

Fans knew there was trouble in pop world paradise when Spears showed up to her film's Leicester Square opening without Justin Timberlake. Though the two split earlier in the month, Spears came out stronger in this plunging metallic halter dress.

Jennifer Aniston at the N.Y.C. Premiere of Derailed (2005)

See ya, Brad. Leave it to Aniston to do sexy in a subtle way. For her first premiere since her divorce from Brad Pitt, the actress let this beaded Chanel dress do all the talking.

What do you wear when you're no longer a Newlywed? For Jessica Simpson, it's color. Just days after announcing the end of her marriage to 98 Degrees frontman Nick Lachey, Simpson put on a smile and bold purple gown to pick up the Style Icon prize.

Hello, sunshine! In her first public appearance since her divorce from Ryan Phillippe, Witherspoon glowed in this now-iconic Olivier Theyskens for Nina Ricci look. Freshly cut bags and sleek strands gave her a whole new vibe.

Anne Hathaway at the world Premiere of Get Smart (2008)

Now this is how you come out of a messy breakup. Arriving in this curve-hugging Bill Blass cocktail dress, the actress moved on from her Italian businessman beau Raffaello Follieri in couture form.

Bold, dramatic, sophisticated. As a newly single lady, Longoria pulled out all the stops in this Zac Posen creation, following a tough split from NBA baller Tony Parker.

New dress, new bangs, new year. To bid farewell to hubby Kris Humphries and all of 2011, Kardashian poured herself into this embellished Gucci number. On to the next one (ahem, Kanye).

Jennifer Lopez at the iHeartRadio Music Festival in Las Vegas (2011)

Not long after she separated from Marc Anthony, the singer held it down in this minimalist white mini. The dress's designer? Yup, Camilla and Marc. Coincidence? She'll never tell.

When Gomez and Justin Bieber broke it off (the first time), Gomez took the high road in the style department. This sweet and sophisticated Giambattista Valli dress hit the perfect note.

Yes, we're still sad that Poehler, and husband of nine years, Will Arnett are no longer an item. But you have to admit, Poehler has never looked better than when she arrived at the Emmys—just weeks after the split—in this sexy Stella McCartney number.

Gwyneth Paltrow at the opening night for The Country House in N.Y.C. (2014)

It seems conscious uncoupling definitely agrees with Paltrow. Following her break up with Coldplay's Chris Martin, the actress stepped out to support her mom Blythe Danner's role in The Country House wearing this chic Monique Lhuillier number that showed off her toned bod.

Miranda Lambert at the CMA Awards in Nashville (2015)

The same day that her ex Blake Shelton confirmed his new relationship with Gwen Stefani, the reigning queen of country slipped into this sleek Versace number and never looked back. Bonus points for the cool pink hair.

Hadid probably knew that she was going to run into ex Joe Jonas at the AMAs, so she really went for it in a revealing Bao Trenchi look and a new cropped do.

For her first Oscars without husband of 10 years Ben Affleck, Garner turned up the drama—with her dress, that is. Her sweeping Atelier Versace gown was one of the best of the night.

Taylor Swift at the CMA Awards in Nashville (2016)

2016 was a tough year for Swift with splits from both Calvin Harris and Tom Hiddleston. And though Swift kept a pretty low profile towards the end of the year, she proved she could still shake it off (and look stunning) in this sheer Julien Macdonald gown at CMA Awards.

When your ex, The Weeknd, is going to be yards away with Selena Gomez on his arm, you can't just wear anything. So Bella Hadid decided to win the Met Gala red carpet with her sheer Alexander Wang cat suit. We know this isn't technically a dress, but it's indeed the silver (black?) lining to a seemingly awkward situation. 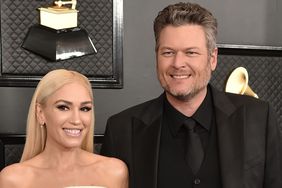