The final days of December tend to be devoted to rushing to meet deadlines, reveling in joyful festivities with friends, and reflecting on the previous 12 months. But just a little more than a week before we close out 2022, a pragmatic, future-minded new moon urges you to lean into your most ambitious side as you glimpse down the road at the weeks to come.

Falling on Friday, December 23 at 5:17 a.m. ET/2:17 a.m. PT in Capricorn, the cardinal earth sign ruled by Saturn, the planet of responsibility and commitment, this lunation is wired to amplify your drive, industriousness, and ability to get organized. In turn, you’ll be prepared to dive into a whole new chapter with more clarity and a down-to-earth game plan.

New moons — which happen when the vitality-bringing sun sits in the same exact spot, astrologically-speaking, as the emotional moon — serve as an inspiring blank canvas on which you can create your wildest visions for the future. They’re opportunities to key in on what you want to achieve in the days to come, and specifically, the next two weeks (when the next full moon occurs) and six months (when the corresponding full moon to this new moon happens). December 2022’s new moon falls in the no-nonsense cardinal earth sign Capricorn, which is one of the most self-motivated signs of the whole zodiac.

For that reason, this is one of the most opportune times to reflect on what you want to achieve and then make a concerted effort to get the ball rolling in even some small but significant way. After all, unlike fellow cardinal sign, Aries, which would prefer to put the pedal to the metal at all costs (more on the sign of the Ram in a moment!), the Sea Goat is perfectly satisfied, if not more comfortable, taking all the time necessary to reach the peak of whatever mountain they’ve set their sights on. And while they are ambitious, they’ll usually focus on an objective that’s genuinely attainable. Ultimately, Capricorn believes that remaining steadfast and grounded should translate to recognition and achievement.

The moon squares off against Jupiter, the planet of expansion, in speedy Aries, making it tough to hold boundaries.

The new moon falls at 1 degree Capricorn just after forming a tense — albeit activating — square to fortunate Jupiter in fiery Aries. The gigantic planet, which tends to magnify everything it comes in contact with, will have just moved into the sign of Ram on Tuesday, December 20. (Think back to May for a sense of what area of your life will be most affected by its time in early Aries.)

The connection between the moon and Jupiter isn’t necessarily one that’ll set off rockiness or drama, but it could spur you to be less discriminating about what you’re signing up for. You could be tempted to lean too far into cardinal go-getter energy. Perhaps in an attempt to nail down results sooner rather than later, you run the risk of overcommitting or overestimating — basically, biting off more than you can chew.

It bears reminding that Mars, the planet of action and energy, is still retrograde until January 12, and Mercury, the planet of communication, will go retrograde in Capricorn just days after this new moon. Both transits are a case for taking your sweet time, resting, reflecting, and allowing yourself the space to listen into your inner voice before speeding ahead.

Wounded healer Chiron will end its five-month-long retrograde the same day as the new moon.

Not only will this new moon present you with a chance to come up with a reasonable way to work toward your loftiest goals, it’s also occurring just hours before Chiron, a comet that’s considered the “Wounded Healer” of the sky, ends its five-month long retrograde. As it moves forward in assertive, fast-paced Aries for the first time since July 19, think back on any inner work related to an area of life in which you contend with amplified sensitivity and insecurity. If you’ve done this work, you’re enjoying greater self-awareness these days, which will surely serve you as you take steps toward making your new moon intention real.

Here, how this Capricorn new moon will affect you, based on your sign. (Pro-tip: Be sure to read both your sun and your rising sign, if you know it. If you don't, you can find it on your natal chart or via this CafeAstrology calculator.)

The new moon activates your tenth house of career, making this a moment in which you'll want to get extra clear on your long-term professional goals. Of course you want results yesterday, but if you create — and stick to — a grounded, step-by-step strategy, chances are they’ll be even sweeter.

With the new moon in your ninth house of adventure, you’ll be restless and itching to get out of your comfort zone. You might want to save up for a long-distance trip or research an advanced learning opportunity.

With the new moon falling in your eighth house of intimacy, you’ll want to wear your heart on your sleeve with someone special. You may do well to set new boundaries to boost your comfort level.

Falling in your seventh house of partnership, this new moon highlights your one-on-one relationships. You can kick off a thrilling, possibly creative new project, particularly with the support, encouragement, or concrete contributions from a partner, be that a friend, S.O., or colleague.

The new moon in your sixth house of wellness is a lovely opportunity to zero in on a self-care or health-related habit you’ve been wanting to adopt. Once you put your mind to it — slowly but surely — it’ll become part of your day-to-day agenda.

Falling in your fifth house of romance, pleasure, creativity, and playfulness may all be top of mind. Own your voice, share your desires, and you’ll begin a fulfilling new chapter.

Because this new moon is in your fourth house of home life, you can start new traditions with loved ones or perhaps even make a major move that reshapes your domestic world. Just be sure you’re honoring your needs as much as you do your loved ones’.

With the new moon in your third house of communication, your curiosity soars — as does your desire to connect with your social circle. Getting together to learn something new could set you down an intellectually-stimulating new path.

Because the new moon is in your second house of income, you may be compelled to start a financial endeavor — or reassess an existing one. If a current moneymaking plan isn’t quite in line with your values, it may be time to consider alternatives.

What Your MC Astrology Sign Means for Your Career

With the new moon falling in your sign, you’ll be inspired to take a serious step toward achieving a passion project. Tuning into your intuition and caring for your emotional well-being along the way can deliver even greater results.

Falling in your twelfth house of spirituality, this new moon calls on you to let go of rationality and swim in your imagination. What you dream up could be a surprisingly legit foundation for an action plan.

This month’s new moon falls in your eleventh house of networking, setting the stage for your involvement in a satisfying communal effort. Working with others could actually be the key to making a long-term wish come true. 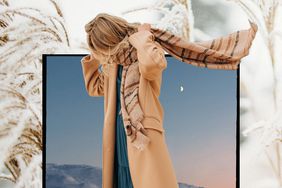 Your Winter Seasonal Horoscope Is Here 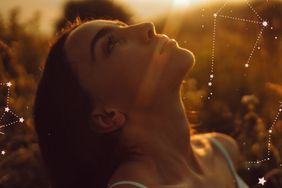 The Last Full Moon of 2022 Could Leave You Feeling Exposed 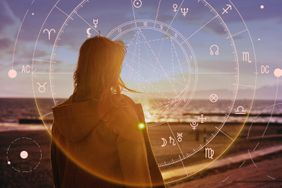 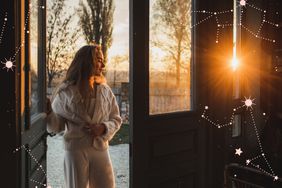 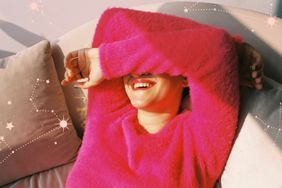 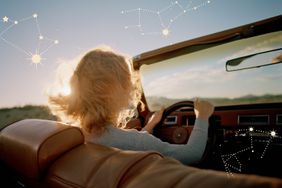