The actress was honored with a star on the Hollywood Walk of Fame.

Christina Applegate is deservedly being recognized on the Hollywood Walk of Fame for her years of work in the entertainment industry. Applegate attended the emotional ceremony to receive her star, which also marked the actress's first public appearance since her multiple sclerosis diagnosis, which she announced in 2021.

For the special occasion, she paired a glamorous walking stick with a sophisticated black suit — comprised of a lace-trimmed, asymmetric jacket and ruffled pants — from Cinq à Sept, sans shoes. After the event, the star explained the fashion choice in a tweet alongside a photo of her feet standing on her new star. "Barefoot. For some with MS the feeling of shoes may hurt or make us feel off balance," she wrote. "So today I was me. Barefoot."

Applegate was joined by friends and colleagues at the celebration, including her Married… with Children co-stars Katey Sagal and David Faustino, and her Dead to Me partner Linda Cardellini. Before Applegate was presented with the star, Sagal addressed the actress and the crowd at the podium saying, “You’re not alone. We’re all here.”

When it was Applegate's turn to speak, she delivered an emotional speech to her friends, fans, and family, including daughter Sadie Grace LeNoble, whom she shares with husband Martyn LeNoble (also in attendance).

“The most important person in this world is my daughter,” Applegate said. “You are so much more than even you know. You are so beautiful and kind and smart and interesting. I’m blessed every day that I get to wake up and take you to school ... thank you for standing by me through all of this.”

But in total Applegate fashion, the actress brought levity by poking fun at herself. "Oh, by the way, I have a disease," she laughed. "Did you not notice? I'm not even wearing shoes." 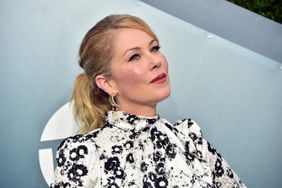 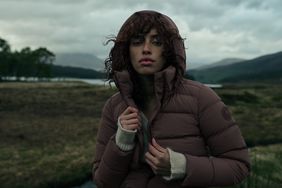 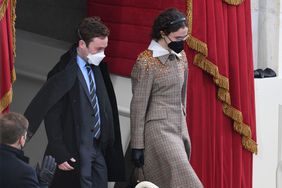