This season The White Lotus showed basic infidelity used as a way to spice things up. Here’s what the experts have to say.

Over the last two seasons, The White Lotus has established itself as the comedy of manners that has all of us hooked to see how the other half vacations. But, according to the show’s creator Mike White, this season was all about sex and relationships — so if you’re still thinking about the relatable yet troubling dynamic between married couples Ethan and Harper (played by Will Sharpe and Aubrey Plaza). and Daphne and Cameron (played by Meghann Fahy and Theo James), you’re not alone.

Despite issues in and outside the bedroom, both couples seem to be reinvigorated and stronger than ever after cheating is added to the equation by the end of their vacation. The reality is, most of us have experienced lulls in our sex lives like Harper and Ethan. Maybe you’ve found yourself fantasizing about someone else or sliding into a sexy stranger’s DMs just for the thrill of it. Perhaps that’s as far as you’ve ever gotten, but are these actions normal? Or dare we ask, healthy?

A recent survey published by YouGov looked at the number of Americans who have ever been in a monogamous relationship and found that one-third say they’ve cheated physically, emotionally, or both. These findings suggest that extramarital affairs are commonplace, if not altogether acceptable. Let’s get real: Cameron’s declaration to Ethan, “Dude, everyone cheats…it’s a crime of opportunity,” isn’t entirely true. Still, many people, at least, consider it.

Looking at human evolution may explain some impulses to stray, at least when it comes to cis-hetero couples, anyway. “I’ve looked at adultery in 42 cultures, and you certainly see it everywhere,” Helen Fisher, Ph.D., biological anthropologist and Chief Scientific Advisor for Match tells InStyle.

For example, Dr. Fisher says that men may be genetically predisposed to cheat because the more partners they’re with, the more chances they have of fathering offspring; conversely, women cheat to have more protection from other males or “the genetic payoff of supplementary subsistence.” So humans have evolved to have what is known as a dual reproductive strategy, both bonded partnerships and the inclination to cheat — ensuring the survival of the species, she explains. But as humans, we’re obviously driven by thoughts and feelings that are much more complex than just our animalistic urges. (So while the evolutionary reasons behind these impulses may be uh, interesting, it definitely doesn't mean it's an excuse to follow through.)

According to Akua K. Boateng, Ph.D., a licensed psychotherapist, and mental health expert who treats couples, people cheat for many different reasons. Some examples? Not wanting to be emotionally invested, disrupting the bond so they can exit a relationship, or simply getting their physical needs met. Some (eye-roll-inducing research) says men cheat to stay in a relationship, while women often cheat to leave a relationship, explains Dr. Boateng. But the fact is, no matter your gender or relationship dynamic, infidelity can both be used as an "escape" and as a way to seek out fulfillment in order to stay in a relationship that may not be, well, "fully fulfilling," she says.

We see this dynamic play out at the White Lotus resort when Cameron sleeps with sex worker Lucia while his wife is away on an overnight trip. He justifies his actions to Ethan because he believes he keeps his wife happy by keeping her in the dark about his extramarital flings. Unbeknownst to him, Daphne suspects Cameron may be cheating but chooses to cope by cheating too. At one point, she confesses to Harper that she spends more time with her physical trainer than Cameron at home, and she may (or may not) have even slept with Ethan by the end of her time in Sicily. Dr. Boateng says Daphne’s behavior appears to be a form of deflection by avoiding the problems at hand with her husband by focusing on other things. She says this is, unsurprisingly, an unhealthy long-term coping mechanism, so take note.

Two-timing indicates that your partnership needs work which could be beneficial because it can serve as a warning for couples who want to remain together, Dr. Boateng says, but it's a risk. Although she says being honest about infidelity can “crack a relationship wide open. Everything [in the partnership] becomes much more transparent…we’re not holding back any truths,” the feelings of betrayal can irrevocably damage some relationships. So while Harper and Ethan were able to discuss their issues, the same might not hold true for the marriage between Daphne and Cameron if they ever decided to talk it through.

Of course, the other intriguing dynamic at play with the two couples is jealousy. Dr. Fisher explains that humans have pair bonded for millions of years, unlike 97% of other mammals, so when this relationship is threatened, “all kinds of brain systems have evolved to try and preserve it. And among them is jealousy. The need to maybe show off, the need to seduce to win the person back.” This could be an indirect positive result caused by cheating. Once Harper suspects Ethan of cheating and flirts with Cameron in retaliation, we see Ethan haunted by the idea of his wife with his friend. His paranoia eventually causes an emotional heart-to-heart and explosive, sexually charged reconciliation between the two.

There’s a reason infidelity, or even suspicion of adultery, could reignite the spark, says Dr. Fisher. “It’s novelty, and any kind of novelty, any kind of fear, drives up the dopamine system in the brain… and that triggers the sex drive,” she says. In addition, flirting or engaging in other forms of sexual behavior with someone other than your partner (think Harper and Cameron or Daphne and Ethan) also drives up dopamine and testosterone, elevating someone’s mood and making them even appear more attractive to the opposite sex due to biological changes like glowing skin.

The long-standing competition between Ethan and Cameron that’s seemingly been a part of their friendship going back to college is a real phenomenon. Dr. Fisher says this dog-eat-dog behavior between males is present throughout the animal kingdom. Others will likely follow if one male in a group is interested in a female. In addition, Dr. Boateng explains that people involved in high-stress environments — like college or high-ranking industries — may act out like this if they “haven’t really had the healthy socialization of that within their lives.” Boateng says identifying this toxic trait and, yes, undergoing therapy may help.

Cheating might make sense in a fictitious getaway to Sicily on your television. Yet both Dr. Fisher and Dr. Boateng explain that there are real-world repercussions that might not make this out to be a wise choice. Instead, Dr. Fisher suggests that couples can benefit from creating date nights or taking the time to dress up for their partner, which can light up the regions of the brain associated with deep attachment and romantic love.

Dr. Boateng says that if you’ve cheated, been cheated on, or are simply thinking about it, this might be your tip-off that it’s time to look into doing some heavy lifting in individual therapy or seeking treatment with your partner to explore why. Ultimately Daphne’s advice for Ethan rings true for maintaining a healthy relationship (even though she’s not exactly going about it the best way): “You don’t have to know everything to love someone…A little mystery? It’s kinda sexy.” 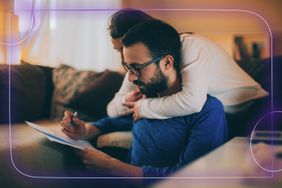 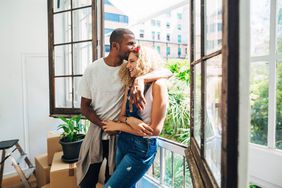 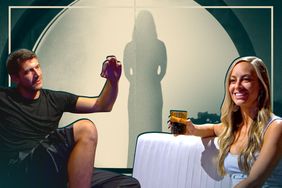