WNBA players have always raised their voices against racial injustice. Now more than ever, they deserve your support.

Professional athletes across basketball, baseball, and soccer took a stand against systemic racism and police brutality by striking on Wednesday in response to the police shooting of Jacob Blake, a Black man who was partially paralyzed after an officer shot him seven times in front of his children, in Kenosha, Wis.

Wednesday’s three NBA playoff games were postponed after players chose to make arguably one of the boldest statements yet against racial injustice. The decision to strike was made more impactful by the fact that playoff games average a viewership of 1.68 million diverse fans. NBA players have continued to add needed visibility to the issue of police brutality against Black Americans, and we applaud their efforts. But in this moment, we must be supporting the Black women in the WNBA in this fight as well.

In the WNBA, Black women, who make up 67% of the league, have always been ready to risk it all in the name of doing the right thing. And they have so much more to lose, which is why they deserve our support — now and in the future — as they continue to fight for equality on and off the court.

Systemic racism and sexism have historically shortchanged the working Black woman, which also includes the Black WNBA player. Black women were overlooked by the women's suffrage movement and the 19th amendment, which promised women the right to vote in 1920. However, that right did not benefit all women equally; Black women weren’t given that legally secured and protected right until nearly 50 years later. In 2020, women earn 81 cents for every dollar earned by men, but the wage gap is the widest for Black women, who are typically paid 62 cents for every dollar paid to white men.

WNBA players have fought for equality with their male counterparts in the NBA, including, at the most basic level, a livable wage. In 2019, the average pay of a WNBA player was around $116,000, while that of NBA players was about $7.5 million.

But the WNBA players’ fight has never stopped at just gender equality. How could it when the majority of their players also bear the weight of being Black in America? Black Lives Matter activism has always been part of their DNA, even before it consumed the American population in recent months as a result of the murders of George Floyd, Breonna Taylor, and so many others at the hands of police.

Women in the WNBA first used their platform to voice their support and solidarity with BLM in 2016 after the unjust killing of Philando Castile just outside of Minneapolis, the same city where police officer Derek Chauvin knelt on George Floyd’s neck for nearly nine minutes, killing him over an allegedly fake $20 bill.

During a press conference, Maya Moore, Seimone Augustus, Lindsay Whalen, and Rebekkah Brunson of the Minnesota Lynx wore black T-shirts with the words “Change Starts With Us: Justice & Accountability” on the front, and the names of Philando Castile and Alton Sterling (another Black man killed from police brutality) on the back. Soon after, players from the New York Liberty, Indiana Fever, and Phoenix Mercury wore shirts during warmups that read #BlackLivesMatter and #Dallas5, in honor of the five police officers in Dallas who were slain during a police-brutality protest. Rather than finding ways to help players spread their message, however, the league fined each team a $5,000 uniform infraction as well as $500 fines for each player who participated in the demonstration.

Instead of retreating from the spotlight and acting out of fear from risking their already low salaries and being unfavored by the league, the Liberty and Fever players told the media during a post-game press conference that they would only answer questions pertaining to the Black Lives Matter movement and the unfair fines against them. Eventually, the league rescinded the fines.

The WNBA may not have the same massive platform as the NBA, but their fight for justice and equality has always been intentionally unmistakably smart and impactful.

The fact that WNBA players are willing to risk their already low income and financial security is what makes their action so trailblazing and so inspiring. The risk is worth it to them. Even non-Black players step in to support their Black teammates, so that Black women aren’t once again left to choose between fighting for their gender, or fighting for their race.

It was just this year in January that the WNBA agreed to a 53% pay raise with maternity and fertility benefits for players under a new collective bargaining agreement, but such progression isn’t making players turn a blind eye to BLM activism out of fear of losing what they fought for.

In fact, WNBA players recently feuded with Senator Kelly Loeffler, a part-owner of the Atlanta Dream, over her opposition to BLM. They wore “Vote Warnock” T-shirts in support of Rev. Raphael Warnock, who is competing against Loeffler for the U.S. Senate seat. It was reported that two days after players wore those shirts, Warnock received over $183,000 in donations and more than 3,500 new donors.

There is a weariness for the Black WNBA player, and some have forfeited playing to solely focus on racial injustice issues. It started with Moore, who sat out two seasons for this reason, and even helped overturn the wrongful conviction of Jonathan Irons after 20 years of incarceration. Renee Montgomery, Tiffany Hayes, and Natasha Cloud followed that trend, opting out of the current 2020 WNBA season. Luckily for Cloud, Converse, who signed Cloud as their first WNBA player earlier in the year, paid her salary so that would be one less obstacle holding her back in her pursuit of change.

NBA players have the leverage to make demands and force the league’s hand — as they did during the 2011 NBA Lockout when players wanted changes to player salary contracts. The boycott lasted 149 days and cost the NBA over $800 million.

WNBA players do not have that monetary leverage — but that can change. Like Converse did for Natasha, we have to invest time and support into WNBA players by elevating their popularity, which can lead to increased broadcast rights as well as sponsorship and merch deals with companies that aren’t just buying into women’s basketball, but the why and how behind their activism. The WNBA players' efforts are strategic and have created a domino effect of real change. Imagine what can be done if their platform was heightened by visibility? We have to support the WNBA so they can fight for racial injustice even louder, so it echoes impact and ultimately change. They can’t do it without us. 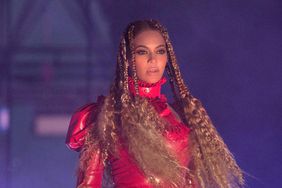