And why she's embracing the nickname all over again.

The nicknames are bigger than their real-life counterparts: Scary, Baby, Sporty, Ginger, and Posh. The Spice Girls ruled the '00s with Girl Power, bubblegum pop, and five distinct personalities. Now, Victoria Beckham, Posh herself, finally revealed exactly how she got the nickname — and why the whole idea of Posh has shifted for her.

In a note posted to Instagram (Victoria Beckham Beauty has been celebrating things all things Posh Spice), Beckham said that Posh wasn't her first choice, but added that part of being Posh meant playing a part and learning about herself in the process.

"I was given the name Posh in 1996 over lunch with Peter Loraine of Top of The Pops Magazine and the rest of the Spice Girls," Beckham wrote. "I can't say it would've been my first choice, but I ultimately grew into it on my own terms. I was young and shy, and being Posh helped me find my style and confidence, and my voice."

She went on to say that after group, she wanted to step away from the Posh persona, because she needed to find the real her under the veneer. Now, Beckham explains, she's embracing the time she had as Posh, because it wasn't just about spreading Girl Power to the entire world, it was the time that she managed to discover more about herself, too.

"After the Spice Girls, I distanced myself from the nickname because it had unwavering momentum of its own. I wanted to find my own direction," she added. "Now, years later, I look back at that formative time with appreciation. Posh forever changed the course of my life, opening the door for me to go after my dreams."

The news coincides with the launch of Victoria Beckham Beauty's new lipstick range, Posh Lipstick. Part of being Posh, Beckham explained, was being confident — and Posh herself found part of that confidence in her lipstick.

"This week, I celebrate Posh with the launch of Posh Lipstick. It is deeply personal — lipstick has always given me confidence when I needed it and extra spice when I already had it," Beckham explained. "Each shade is inspired by a specific memory, and whilst the moments may have been my own, the energy and emotion is shared by us all. This is an ode to our lifelong journeys of self discovery as women. Posh is back." 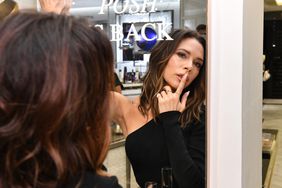