See how the heiress has evolved her look through the years.

An unusually demure Hilton looks exactly like her mother, Kathy

The smoky-eyed heiress begins to hit the social circuit.

She tones things down (for a while, anyway) after her infamous sex-tape scandal.

Back in top form, Hilton lets her hair down.

The famed heiress stepped out in Tokyo rocking a glittery bronze shadow and a glossy nude lip.

Paris channeled her inner flapper while abroad in Cannes, donning a diamond-encrusted headband and a jazz era hairstyle.

That's hot—pink. Hilton attended a Hollywood event with a daring cat-eye and a bold pink lip.

Hilton took her mane even lighter in 2011, opting for a white platinum blonde hue.

Back to her typical shade of blonde, Paris stepped out in L.A. wearing a rose gold shadow which she paired with a black cat-eye liner look.

The iconic socialite attended a party at Cannes, taming her loose curls with the help of a bejeweled headdress.

Paris showed off her radiant tan during a party for The Real Housewives of Beverly Hills in L.A.

The Hilton heiress was glowing during her visit to Mexico City, complementing her hazel eyes with a shimmering brown shadow.

Paris wore a sideswept 'do while attending a Dsquared2 show in Milan. 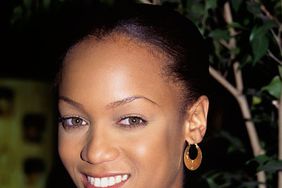