See the actress's transformation through the years.

"Ever since I was little I've been like, I have one chance to live this life, so why shouldn't I have the best amp$#@% time?" the star has said. Smile on, baby!

Hudson starred in the forgettable Desert Blue and Ricochet River, but kick-started her own career.

"Her air is less bohemian and more sophisticated and sexy, which is a natural progression as a girl becomes a woman," stylist Britt Bardo has said of the Four Feathers star.

"Her mentality is free and loose," hairstylist David Babaii has said of the Fool's Gold star. "She'll say, 'Make it look fun.' And she won't flip out if she has roots."

The actress chose a braided headband for the London premiere of Nine. "I french braided Kate's shorter layers to sweep her hair back and away from her face," the star's hairstylist David Babaii says.

The Nine star showed off her signature style with a sexy undone updo.

The gorgeous actress starred in The Killer Inside Me and Earthbound.

For her Venice Film Festival premiere, Hudson wore her locks in a textured updo.

"Kate is my generation's Brigitte Bardot," said hairstylist David Babaii, who created the star's Golden Globes look. "I wanted to give her soft, voluptuous hair that was touchable and glamorous."

For the Oscars red carpet, Hudson went with a side part and subtle smoky eye.

To celebrate her sunglasses collection with Chrome Hearts, Hudson contrasted her boho fashion choices with a smooth, straight style for her signature sun-kissed highlights.

The actress showed off beachy waves and a peach-toned lip.

Hudson lightened up her locks to an almost-platinum hue, wearing her layered lob sexily undone.

Lighter still! Hudson shows off new side bangs, pairing her even lighter locks with a bold red lip. 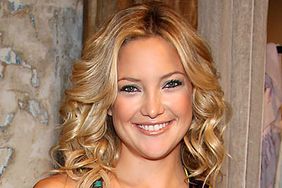 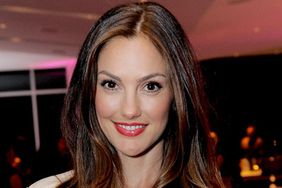