See the actor's transformation through the years.

The Princess Diaries 2: Royal Engagement star was captured after getting his big break as Anne Hathaway's royal love interest in the much-anticipated sequel. Between his baby blue eyes and chiseled jaw line, it's easy to see why Pine was a heartthrob in the making.

At the N.Y.C. premiere of Hostage, Pine showed off a shorter, choppier 'do and bolder brows which perfectly highlighted his light blue eyes.

After filming Just My Luck with Lindsay Lohan, the leading man buzzed off his brown hair and showed off some scruff for the film's premiere.

Pine styled his long brown locks into a deep side part for the 2009 Golden Globes.

For the Unstoppable premeire, the handsome actor showed off his unique fashion sense, pairing a slightly spiky hairstyle with a wide wale corduroy jacket and paisley tie.

Pine slicked back his darker brown locks for the 16th annual GQ "Men of the Year" Celebration.

Pine's signature style is back at the Independent Spirit Awards, with a lighter, choppier 'do.

Beanie babe! The Star Trek star goes for a skater boy look at a party in London.

That's some serious scruff. Pine showed off a grey-tinged beard and a shaved-side haircut at Giorgio Armani show during Milan Menswear Fashion Week.

The actor looked distinguished with a sleek style and salt and pepper beard at the 2015 Academy Awards.

Pine's longer locks were parted to the side at the premiere of his new film, The Finest Hours, in Hollywood. 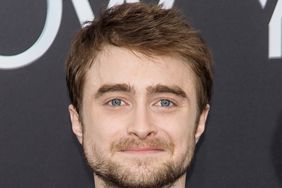