The Cambridge Rindge and Latin High School student took on several TV guest spots and even an ABC Afterschool Special.

Big year! The clean-shaven Armageddon and Shakespeare in Love star won an Oscar for co-writing the screenplay for Good Will Hunting.

The Dogma actor sported a goatee at the L.A. premiere of American Pie.

A tousled, jagged crop at the Changing Lanes premiere.

Affleck looked suave with swept-back hair at the Gigli premiere.

The husband to Jennifer Garner and father to Violet Anne hit the GQ Men of the Year dinner with a bit of new-dad stubble.

Nominated for his role in Hollywoodland, Affleck looked like a classic matinee idol at the Golden Globes.

He was caught with a '70s-inspired beard and long hair for his role in Argo. "My wife is a very polite and kind woman," he told Entertainment Weekly of Garner's reaction to his new look, still, "she and the kids did not like the beard. It had an exposed wire vibe. It was hated in my home."

Back to his usual handsome self for the Hollywood Film Awards Gala, where Argo picked up an award for ensemble of the year. The actor/director had even more to celebrate-his son Samuel Garner was born in February.

Ben arrived at the BAFTA Los Angeles 2013 Awards Season Tea Party sporting a spiked do and a full beard for a more relaxed feel.

Actor Ben Affleck appears polished an poised during the 18th Annual Hollywood Film Awards at The Palladium in Hollywood.

Affleck looked dapper in suit and tie while attending a premiere of Batman v. Superman: Dawn Of Justice in New York City.

Handsome as ever, the actor's beard and hair are now streaked with touches of gray. Silver fox alert! 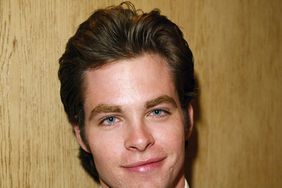