“He thought he had to be celibate to maintain the purity of his instrument.”

In a 1986 Rolling Stone interview, Cruise said he'd met Rogers "at a dinner party about a year ago, when I was developing Top Gun."

But the courtship wasn't quite as simple as "I'm young Tom Cruise, date me." The actor said Rogers "was dating a friend" at the time. "I thought she was extremely bright," Cruise recalled.

Rogers remembered things differently. In 1987 she told the Sun Sentinel that she and Cruise had been introduced by mutual friends.

The idea of marriage was introduced quickly, but given the magnitude of Cruise's post-Top Gun stardom, the couple referred to their wedding by an ominous title: "The Project."

Rogers, a second-generation Scientologist herself, is believed to have been one of Cruise's first links to the polarizing belief system.

In the spring of 1987, Cruise and Rogers executed their, uh, project and tied the knot. Emilio Estevez was Cruise's best man at the "very small, intimate and beautiful" event.

There was no couch-jumping, but Cruise was fairly effusive about Rogers.

I mean, less than one year before he and Rogers wed, he told Rolling Stone "I don't know if I could get married."

In another Rolling Stone interview, which ironically came out just days before news of Cruise and Rogers's split broke in 1990, the Risky Business star insisted that (despite tabloid conjecture) he "couldn't imagine being without" his then-wife.

"Since I've been with her, it's opened me up a lot," he went on. "I think it's helped me be a better actor. We live a lot of life together. We share everything. That's the best thing about life. Otherwise you go through it pretty sad and lonely and angry."

At the risk of laying it on too thick, Cruise added, "I care about my wife more than anything in the world. She's my best friend. I just really like being with her, you know? I love her."

Rogers, too, spoke fondly of Cruise in their years together. "There's a lot of contentment and security (in marriage)," she told the Chicago Tribune in 1988. "I highly recommend it.''

Bless the confidence of a celebrity couple in the late '80s. Imagine a world in which you and your S.O. agree to pose for photos with your t-shirts tucked into your Bermuda shorts.

According to Andrew Morton's unauthorized Tom Cruise biography, the actor filed for divorce on Dec. 9, 1989. According to IMDb Pro, production on Days of Thunder (starring Cruise and his future wife, Nicole Kidman) began just two days later. Cruise has described his reaction to meeting Kidman as "Instant lust."

Morton cites a very strange statement made by Cruise and Rogers to address their split in Jan. 1990: "While there have been positive aspects to our marriage, there were some issues which could not be resolved even after working on them for a period of time."

Cruise and Kidman wed before the end of the year.

Two years later, Cruise told Barbara Walters that while he and his ex hadn't spoken "in a couple years," he did "wish her well."

In 1993, Rogers spoke to Playboy and made some interesting comments about her ex. "Here's the real story," she told the magazine. "Tom was seriously thinking of becoming a monk. At least for that period of time, it looked as though marriage wouldn't fit into his overall spiritual need. And he thought he had to be celibate to maintain the purity of his instrument." And, ahem, her own instrument "needed tuning."

Rogers has spoken about the trouble of being married to one of the most famous men in the world. "You cease to be an individual," she told People. "No matter what the article is, it's 'Tom Cruise's wife….'" She added that she was "waiting for the moment when I don't have to talk about that [blankety-blank] name anymore."

Still, she told The Telegraph in 2001 that "stardom wasn't really a problem" in their marriage. "What did annoy me was the age thing," she allowed. "Every six months, [the press] seemed to add another year to my age. If we were still married, the press would have me in my 60s by now."

When Cruise wed Katie Holmes, Rogers was subjected to another wave of press surrounding that "[blankety-blank] name."

"Any time anything happens with him I get a call: 'What do you think of Katie? What do think about this?'" Rogers told the Associated Press in 2006. As for questions about her relationship with Cruise, Rogers joked, "I can barely remember my own name let alone be remembering something almost seventeen years ago."

Rogers was yet again asked for comment after Cruise and Holmes split in 2012. "I wish them both the best," she told Us Weekly. "There's not much else to say. I really do, though."

Since his split from Holmes in 2012, Cruise was rumored to be dating his Mission Impossible co-star Hayley Atwell from 2020 to mid-2022. He is currently single. Regarding his work, next up for the actor is Mission: Impossible — Dead Reckoning Part One, with a release date of summer 2023.

For Rogers, life post-Cruise has included finding love and more professional projects. She married producer Chris Ciaffa in 2003. They share two children together: Lucy and Charlie. From 2014 until 2021, the actress played Honey Chandler on the Amazon Original series Bosch. She is currently reprising her role on the spinoff series, Bosch: Legacy. 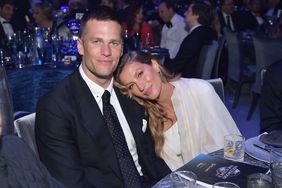 Gisele Bündchen and Tom Brady Are Filing For Divorce 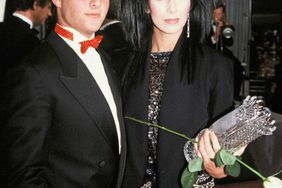