The heiress and musician shocked the public with their nine-month romance.

How They Met: To say they ran in the same circles would be putting it lightly. Hilton's Simple Life frenemy Nicole Richie is Madden's sister-in-law — Richie and Benji's twin brother and bandmate Joel welcomed daughter Harlow together in 2008 and wed in 2010.

Despite the obvious social connection, Hilton told David Letterman that it wasn't Richie who introduced her to Madden. "We've actually been friends for over six years now," she said in 2008. "When [Nicole] had Harlow I started going over to the house and we got a little crush on each other and totally fell in love."

"We're like sisters and they're twins, so it works out well," she said of the double date-ready pairing. "Nicole and I would be sisters-in-law. We talk about it."

Hilton and Madden took America by surprise when they went public with their relationship in late February 2008. Madden had been engaged to Australian singer Sophie Monk just one month prior.

Why We Loved Them: The unconventional pair loved hard (and committed quickly).

Less than a month in, Hilton was wearing a "B" initial necklace for her beau, who bought the "very special present" for her himself. Perhaps a bit presumptuous to gift your S.O. with personalized jewelry that represents your own name, but Hilton thought it was "really sweet."

By April, Hilton was declaring her love for the Good Charlotte rocker in the most 2008 way possible, on MySpace. "I've never felt so happy and in love," the reality star shared on her MySpace Celebrity blog. "He's such an amazing guy and life has never been better," she gushed, adding that she had, naturally, become a Good Charlotte superfan. "It's so much fun going to their shows every night, I now know every song by heart," she wrote — or, more succinctly: "I love Good Charlotte, they rock!!"

That same month, Hilton revealed that Madden had written her a love song. What good is a musician boyfriend without one? Hilton described "Shine Your Light," the song in question, as the "sweetest thing that anyone has ever done for me."

TBT: Dev Patel Called Freida Pinto His Soulmate Before They Were Even Dating

In May, Hilton upped the fast-paced-relationship ante, publicly predicting that her boyfriend of four months would be "an incredible father." Of course, context is key — Hilton was discussing Madden's relationship with his baby niece. "Nicole is our first friend to have a baby," Hilton explained. "Seeing Harlow, it really makes me want one."

During an appearance on the Late Show that May, Hilton took the I <3 Benji press tour a step further.

"I know I want to spend the rest of my life with Benji," she told a skeptical Letterman. "I know I want to be with him forever. If you saw us together, you'd understand. He's my best friend."

When They Peaked: It wasn't all monogram jewelry and love songs though. Hilton and Madden seemed to be constantly insisting that their relationship was real.

"It's not a hoax," Hilton told Ryan Seacrest of the relationship soon after she and Madden went public.

In October, two months before the couple would ultimately split, Madden reportedly combatted breakup and cheating rumors with more outsize declarations, going as far as to label Hilton "the love of his life."

"She is my life, my heart and my soul, and is the most important thing in my life," he told Life & Style. "No-one exists but her. I am the most loyal guy in the world and would never even look at anyone else." Point taken!

The Breakup: In mid-November, after about nine months of dating, Hilton and Madden called it quits.

"She is saddened by the breakup but they're just too different and they wanted different things in life," an anonymous source told People regarding Hilton's feelings on the split.

Another theory arose, too, and it involved Prince William. That October, Hilton had reportedly met and hit it off with the fellow heir at a nightclub in October. Nothing untoward was ever reported, but it didn't stop the tabloids from speculating.

That said, Hilton had reportedly told a British magazine that she'd be "more than happy to date William," under one condition: "so long as he ditches the mousy girlfriend." That "mousy girlfriend" being the eventual Duchess of Cambridge, Kate Middleton. "I couldn't believe it when I met him," she continued. "He was awesome and really hot." Still, Hilton insisted nothing happened between them. "People made out that he was flirting but he's an absolute gentleman and wouldn't do that. He just came over to introduce himself."

Benji's twin brother Joel assured fans that neither party was heartbroken post-split. "They'll both be fine," he told Access Hollywood. "I don't think at the end of the day anyone reading it was like 'Oh my gosh! What is he gonna do?' or 'What is she gonna do?' Everyone was kind of like, 'Oh.'"

Hilton is currently engaged to entrepreneur Carter Rheum. She recently made her triumphant return to the small screen with Netflix series Cooking With Paris. 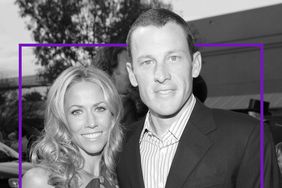