Like many Taylor Swifts fans, excited doesn't begin to describe how I feel about the Nov. 12 release of Red (Taylor's Version). I'm beyond pumped for that 10-minute version of "All Too Well" (along with the accompanying short film starring Sadie Sink and Dylan O'Brien). I've already ordered that four-record vinyl. And, while it may pain me a little to re-experience "22" at, um, 32, I know each replay of this album will send me deeper down a reflective, nostalgic spiral — and I am ready.

So ready, in fact, I'm about to buy myself a piece of merch to celebrate. Specifically, the $45 Red (Taylor's Version) Album Ring by Cathy Waterman. It's a replica of the one worn by Swift on the album cover and as a true fan, I've admittedly never been above shopping exact items owned by the singer, so long as they're within budget. (I sometimes sigh with relief when I realize her cute, enviable outfits are from Reformation or Free People, two places I already shop.)

The ring is pretty special in more ways than one. Cathy Waterman isn't just a talented designer — she's also the mother of Swift's friend, Claire Winter Kislinger. The mother-daughter duo had originally gifted Swift a similar piece back in 2011, which the singer wore while writing her Red album. Together, the three worked to make this new version come to life.

"The idea for the Red Ring came from Taylor — she told me she had an idea and I called her," Winter Kislinger exclusively told InStyle. "I was so excited because I don't have the opportunity to work with friends often, and especially not one of my best. Not to mention that I am also a huge Red fan! Taylor is one of the most principled people I've ever met. She has poured her heart and talent into her work. She is one of the smartest people I know, so I was supremely happy, but not surprised, that she found a way to make her work her own, as it should be."

On top of representing one of my favorite Taylor Swift eras, in a super-cheesy way, this ring also represents one of my favorite eras of my life. Red was originally released in 2012, shortly after I started dating my fiancé and I would use lyrics from "Begin Again" and "Stay Stay Stay" as Facebook statuses. It makes me laugh (and feel weirdly emotional?) to think about sliding this piece of jewelry on next to my engagement ring. 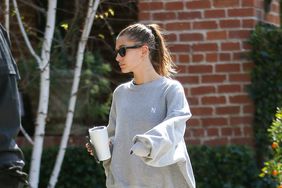