It's been a week since Gigi Hadid and Zayn Malik welcomed their baby girl, and in the days following her birth, the couple's daughter has been showered with presents from her mom and dad's famous friends — including "auntie" Taylor Swift.

On Friday, Gigi shared some of the sweet gifts she's received on Instagram. For example, Tommy Hilfiger and Eva Chen gave gorgeous floral arrangements, while Donatella Versace got the newborn her first couture — naturally. However, it is Swift's gift that might be the most thoughtful, being that she made it herself. In a photo posted to Gigi's Stories, her daughter is all wrapped up in a silky pink blanket that Taylor stitched on her own. "Auntie @taylorswift made this!!" Gigi wrote alongside the sweet snap.

With Taylor's friends now having babies, it appears as if the homemade blanket has become her go-to gift. Earlier this month, Katy Perry's daughter Daisy Dove received a similar pink blanket with "Baby Bloom" embroidered in the corner. And Swift's "Invisible String" lyrics also suggest she sent a gift to ex Joe Jonas and his wife Sophie Turner's baby girl, Willa when she was born this summer — and one can assume it was another one of her signature hand-sewn blankets.

Gigi Hadid Shared the Sweetest Message About Her Daughter's Birth

This week, Gigi and Zayn announced the birth of their daughter on their social media accounts, and have been savoring their first few days as new parents.

According to a source at E!, they've been ecstatic since becoming a family of three. "Gigi is on a high and can't believe they created an angel. She's truly so in love and has had many emotional moments while holding her baby girl," the insider said, adding that Zayn "wants to be the best father possible and is so excited." 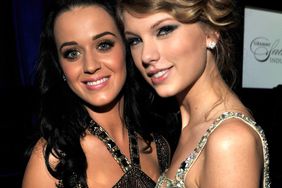