In the short amount of time Sydney Sweeney has been in the spotlight, she has managed to slay every red carpet she's graced. And obviously, the young actress is just getting started. In less than a month, Sweeney will take on the Emmys, where she is nominated not once, but twice for her work in Euphoria and The White Lotus.

But first, Sweeney attended the 2nd Annual HCA TV Awards over the weekend in a striking outfit dripping in opulence. The star opted for a vintage Mugler velvet, emerald-colored minidress with a plunging yet structured neckline, off-the-shoulder sleeves, and a matching chunky belt. And while the frock from 1981 was certainly statement-making, it wasn't even the most notable part of the look. Sweeney accessorized with over 60 (!!) carats of diamonds from De Beers, including drop earrings, stacked bracelets, two sizable rings, and a strand of rocks around her neck. She finished off the look with extremely pointy-toed pumps with metallic silver detailing. Her blonde hair was pulled into a bun, save for a few face-framing strands, and for glam, she chose a sharp cat eye and peachy lip.

Sweeney recently opened up about the roles that landed her the coveted nominations. "Cassie is one of the most relatable characters to me, because I search for love and acceptance, and I'm scared of being alone," she told Deadline. "I truly feel everything Cassie feels. I like to look at it as if I am living and breathing that character's life, and the moments that are happening are truly affecting her. I'm just allowing whatever hits her to hit me. It's quite a process, but it's why I fell into acting."

She also touched on the challenges that came along with playing her cold, cynical character Olivia in The White Lotus. "Olivia thinks that she knows everything, and you have to fully allow yourself to think that you know everything," she explained. "She's expelling who her mother is. She doesn't want to be anything like her mother, but in doing so, she's becoming exactly like her. Having to allow that to happen was a fun process." 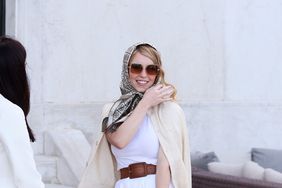 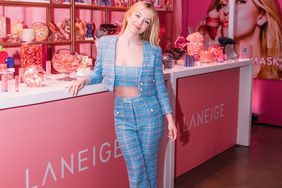