Badass Women celebrates women who show up, speak up, and get things done. Susan Fowler is a February 2020 InStyle Badass 50 honoree.

In 2017, Susan Fowler took on a tech giant and won. When faced with relentless harassment and sexism in her software engineering position at Uber (then the most-valuable private startup in the world), she spoke up — even though she was utterly “terrified” to do so. Her act of bravery paid off when her blog post detailing what she endured during her time at the company went viral, in effect causing a seismic shift in Silicon Valley and beyond.

Now, with her memoir Whistleblower: My Journey to Silicon Valley and Fight for Justice at Uber, which hit shelves yesterday, she’s leading the way for other courageous employees to take a stand against abuses of power. “I hope I inspire people to speak up for what’s right, to find greater autonomy in their lives, and to be the heroes of their own stories,” she says.

Becoming a Badass: The most badass thing Fowler says she’s ever done is what you might expect: writing the blog post that changed everything, eventually leading to the ousting of Uber’s powerful CEO Travis Kalanick. “I spoke up about the mistreatment that my colleagues and I experienced at Uber,” she says. “And I did it even though I was completely terrified and knew it would come at a great personal cost.”

Fowler says she is inspired by other women who speak up in the face of injustice, despite fear of retaliation. “I think the most badass women are those who stand up for what's right even in the face of threats, intimidation, fear, and impossible odds,” she says, adding that she's also inspired by the journalists who work tirelessly to expose wrongdoing, like The New York Times reporters Megan Twohey and Jodi Kantor, who broke the the news of the allegations against Harvey Weinstein. Fowler also points to Gretchen Carlson, who filed a historic sexual harassment complaint against Fox News anchor Roger Ailes in 2016, and Miami Herald reporter Julie K. Brown, whose three-part article “Perversion of Justice” published in 2018 eventually lead to the federal indictments of Jeffrey Epstein, as women she respects and admires.

Moving Forward: Looking to the future, Fowler says that the most important thing to focus on is education about the issues men and women face in the workplace. “There are so many more things to work on, but one thing I would like to see in the coming years is more public and private education about discrimination, harassment, and retaliation so that we have a better collective awareness about these issues,” she says.

Fowler also takes issue with “forced arbitration” and “non-disparagement” agreements, which prevent people from bringing cases against their employers before a judge. These types of agreements make it hard for workers to seek justice and make it difficult for people in positions of power to tackle harassment and abuse in the first place. “Not only do these legal agreements silence victims of mistreatment, they also keep the problems hidden within companies (hidden from executives, hidden from boards, hidden from shareholders), which means that sometimes the people who are empowered to fix the issues (like the CEO) don't always know there's an issue,” says Fowler. “The biggest thing that Silicon Valley has started doing right is recognizing that there are [these] legal mechanisms in place that have allowed once-individual problems like sexual harassment and discrimination to become systemic problems.”

Beyond the Book: Fowler’s much-anticipated memoir details her life as it led up to her historic whistleblower moment, through her time at Uber, and the aftermath. She says, “I hope that readers will walk away from my book feeling empowered and inspired to stand up for what's right.”

Whistleblower: My Journey to Silicon Valley and Fight for Justice at Uber is available now. 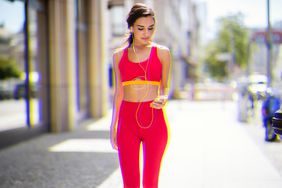