Dream Hampton, Tamra Simmons, and Brie Miranda Bryant open up about the impact of the docuseries.

The award-winning documentary series, Surviving R. Kelly, detailed nearly three decades of alleged sexual abuse against minors by the R&B musician. Its premiere episode on Jan. 3, 2019, was Lifetime's highest-rated program in more than two years, with over 1.9 million viewers tuning in. It has now been seen on Netflix by more than 27 million people. The success of the docuseries led to the release of two sequels; Surviving R. Kelly: Part II: The Reckoning, and most recently, Surviving R. Kelly: The Impact, which was released on Netflix this past January. Female executive producers Dream Hampton, Tamra Simmons, and Brie Miranda Bryant were instrumental in helping victims tell their stories, which in turn helped lead to Kelly’s indictment last year. “Many people were healed from this project. It shed light in a dark place and will, hopefully, help fewer people become victims,” Simmons told InStyle.

The docuseries highlights the subject of sexual abuse and predatory behavior and has triggered global conversations surrounding sexual violence. Below, we check back in with Hampton, Simmons, and Bryant on the impact of their series and what it means for women in the future.

After the infamous tape of what appeared to be R. Kelly abusing a 14-year-old was widely circulated in 2002, his predatory behavior towards young girls became a whispered-about secret for almost three decades. Then, in 2018, when the #MeToo movement hit mainstream news and victims of sexual abuse were encouraged to speak out, everything changed. And the Time’s Up organization, which advocates for equality in the workplace, quickly followed. “Conversations around sexual violence had permeated the zeitgeist but the discussions around who was represented in these conversations were less inclusive,” says Bryant. So, the three producers collectively agreed to explore Kelly’s past and highlight a story that had been left untold. “When I was asked to come on to Surviving R. Kelly as a showrunner and executive producer, I felt he was a generational problem, and that it was my duty to help these victims tell their stories,” says Hampton.

But spearheading this project was no easy feat. "When we started, there were only two or three survivors" that were willing to come forward, Bryant explains, “all of whom understandably had cold feet.” The team knew that to provide a 360 perspective and make an impact, they had to speak to more people. They continued to investigate and ended up interviewing over 50 people who were willing to share their stories and give detailed accounts of Kelly’s alleged physical and emotional abuse of women. “After most interviews, we would ask if there was anyone else they thought we should know or reach out to,” explains Bryant. “Nine times out of ten, we were connected to additional potential participants. That’s how our participant numbers grew on both docuseries, and I think it deeply impacted the storytelling.” Civil rights activist Tarana Burke, musicians John Legend and Sparkle, talk show host Wendy Williams, and even R. Kelly's brothers Carey and Bruce, were just a few of the people the ladies managed to get to come forward to shed light on the singer's controversial past.

It’s not a blame game:

One of the producers’ main objectives in their series was to show how important it is not to blame victims for their sexual assaults, which is a common way many victims are cornered into silence. “Sometimes people are placed in situations due to various circumstances and are targeted by their predators,” says Simmons. And though it wasn’t easy, the trio says that they spent a lot of time trying to gain the trust of the women they wanted to feature in the documentary by explaining this goal as well as their other top objective: showing the world that these women’s stories mattered and that they deserved respect and support. “The women featured didn’t all have the same profile,” says Hampton. “Some were teenagers, others were in their 30s, but they all had nearly identical stories about the manipulation that preceded the actual abuse – and we wanted people to understand the signs.”

The National Sexual Assault Hotline in the United States, operated by the Rape, Abuse & Incest National Network (RAINN), experienced a 27% increase in calls during the airing of Surviving R. Kelly Part I, and a 40% increase during the premiere of Surviving R. Kelly Part II. Clearly, the series continues to give survivors of sexual abuse a source of courage to speak up. “What has been extremely helpful in this journey, is knowing that their voices echo on, their stories were heard because of a little platform that we toiled over,” says Hampton.

The producers also shared personal growth through the experience, which will influence their work for years to come. “This project has taught me the importance of providing content on sensitive subjects,” says Simmons. “So many people were healed from this project. This has shown me that it was much needed. I have seen the impact that this has made and will continue to make.”

Bryant believes that the series’s impact will help ignite a new era of zero tolerance for harassment and assault. And she looks very much forward to that day. “Tarana Burke, founder of the #MeToo movement, shared a really interesting analogy on a panel with us once. She said, ‘If you ask most people to smoke on an airplane today, they’d be appalled,’” says Bryant. “But there was actually a lot of lobbying and work done to spread awareness that changed that unhealthy practice. And smoking on airplanes shockingly, wasn’t completely banned until 2000. Tarana predicted that every contribution to enforce accountability and education around ending sexual violence will be looked at in the same way in the near future. If her predictions are right, at some point in our lifetimes, society will look at acts of sexual violence as unfathomable.”

If you are or fear you have been a victim of sexual violence, please contact The National Sexual Assault Hotline at RAINN.org or 1-800-656-4673. 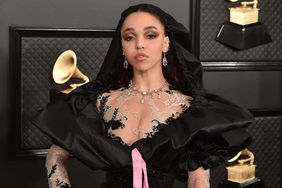