Stephen Colbert is full of surprises. The late night host, who is featured in InStyle’s September issue, graces our TV screens almost every night, but it turns out there’s a lot we didn’t know about the funny man. For one, he loves science fiction from the 1940s and ‘50s. And his favorite Game of Thrones character is quite the interesting pick.

Colbert is currently reading the fifth book in George R. R. Martin’s series, A Dance with Dragons ($9; amazon.com). And while most fans would name their favorite character as Daenerys Targaryen, Jon Snow, or maybe even Olenna Tyrell (R.I.P.), the Late Show host had an usual pick: Tyrion Lannister.

“You want to be Tyrion, I suppose,” he said in the video at top. “He’s the only one who seems to see everything that’s happening.”

VIDEO: The Movie Stephen Colbert Watches Every Time It's on TV

But don’t take our word for it: Listen to Colbert explain his pick, reveal which books are currently on his nightstand, and more in the videos above.

Is Stephen Colbert Running for President for Real?

For more from Stephen Colbert, pick up the September issue of InStyle, available on newsstands and for digital download on August 11. 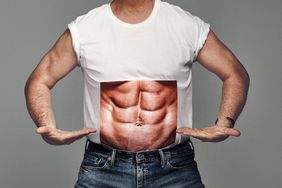