It's been exactly two years since they first tied the knot in 2019.

It's been exactly two years since Sophie Turner and Joe Jonas tied the knot during a not-so-secret ceremony in Vegas. And in celebration of the milestone, the couple is sharing never-before-seen photos from their virtual wedding album.

"Happy 2 year Vegas Wedding anniversary to this big ol hunk of man meat ❤️ 🥩 ⛪️," Turner wrote on Instagram alongside a slideshow of images from the wild night. In one photo, Turner and Jonas share their first kiss as husband and wife, while in another, sister-in-law Priyanka Chopra makes an appearance in a hotel bathrobe.

Joe also posted several snaps on his grid from the event — including one of the couple posing in the pool with their clothes on. "Married as F@$K for 2 years! Love you bub @sophiet," he captioned the photo dump, to which Sophie replied back, "That's hot."

Before their formal second wedding ceremony in France, the pair officially exchanged vows (and matching ring pops in lieu of wedding bands) at Chapel L'Amour inside A Little White Wedding Chapel following the Billboard Music Awards in 2019. And while it was supposed to be kept private, Diplo live-streamed their nuptials on Instagram.

"Yeah, [Diplo] ruined it," Joe previously joked during a radio interview. "I love Diplo. But he loves his 'gram more than a 13-year-old." He added, "He posts every five seconds."

Sophie also commented on Diplo's live-stream, revealing that she's not mad about it: "It would have been better if no one had known, but I actually think it was funny." 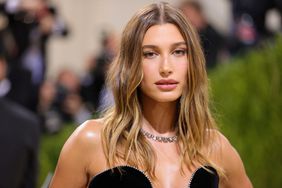