Sofía Vergara made an electrifying announcement to the world yesterday that she was finally launching her own Snapchat. The Modern Family star currently takes to Instagram to share gorgeous glimpses of her life with nearly nine million followers, from candid shots on and off the red carpet to knock-out no makeup selfies to sweet moments with husband and Magic Mike actor Joe Manganiello. So it was only appropriate that the Colombian actress chose the photo-sharing platform to make her official announcement that she was venturing into new territory.

In the Instagram post, Vergara shares a screen grab of her very first snap, a video selfie in which the actress appears with blazing electric eyes before a thunder cloud shoots down a series of lightning bolts. She is joined in celebration by Colombian YouTube stars Mario Ruiz and Sebastián Villalobos, who can be seen right behind her. Perhaps they used their social media savvy to assist the actress with her first account? In the original Snapchat clip Vergara is yelling, "First Snapchat!" For the Instagram caption she writes, "Just launched snapchat: sofiavsnap" along with a requisite ghost emoji.

Vergara's second Snapchat clip is a black and white video of her pretending to sip a cup of coffee before pouring it over her head. We take it she's on set promoting Ninja Coffee Bar. A voice off-camera can be heard asking the actress, "Sofía, what are you drinking?" The last of her debut snaps features the actress in a form-fitting blue dress between two colleagues, accompanied by the caption, "That's a wrap!" followed by the coffee and dancer emoji.

Despite her newbie status on the platform, this isn't Vergara's first project with Snapchat. The 43-year-old recently starred in a Snapchat reality series, aptly titled Vergaraland, that debuted last December on Fusion's channel for Snapchat Discover. The short-form series focused on the actress's Hollywood career, with old family photos and plenty of humor, as shown through the eyes of her 23-year-old son Manolo González Vergara. 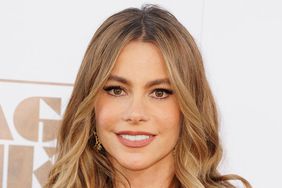 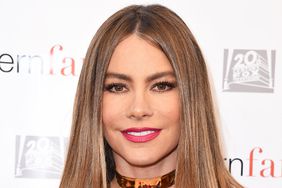