Kristen Stewart was in The Messenger with John Corbett, who played the beloved Aidan in Sex and the City with Sarah Jessica Parker who was in The Family Stone with Elizabeth Reaser.

See what the rising star has been up to in Girl About Town: Kristen Stewart!

Elizabeth Reaser was on Grey's Anatomy with Patrick Dempsey, who was in Sweet Home Alabama with Reese Witherspoon, who was in Vanity Fair, which Robert Pattinson had a bit part in.

Robert Pattinson was in Harry Potter with Ralph Fiennes, who was in Oscar and Lucinda with Cate Blanchett, who was in Pushing Tin with Angelina Jolie, who was in Mr. & Mrs. Smith with Adam Brody, who was on The O.C. , where Jackson Rathbone appeared a few times.

Jackson Rathbone was in Big Stan with Jennifer Morrison, who was in Surviving Christmas with Christina Applegate, who is on Samantha Who, where Jerry O'Connell appeared, as well as Crossing Jordan, where Ashley Greene appeared on a few episodes.

had a bit part in King of California with Evan Rachel Wood, who co-starred in Thirteen with Nikki Reed.

Nikki Reed was in Lords of Dogtown with Heath Ledger, who was in The Brothers Grimm with Matt Damon, who was in Oceans 13 with Bernie Mac, who starred in his sitcom The Bernie Mac Show, where Taylor Lautner appeared.

Taylor Lautner was in Cheaper By the Dozen 2 with Jaime King, who was in Sin City with Brittany Murphy, who was in Riding in Cars with Boys with Peter Facinelli.

See which stars are connected off-screen in Celebrity Best Friends

Peter Facinelli was also in Riding in Cars with Boys with Drew Barrymore, who was in Home Fries with Luke Wilson, who was in Legally Blonde with Ali Larter, who is on Heroes, where Kellan Lutz guest-starred.

Kellan Lutz was in Accepted with Blake Lively, who was in New York, I Love You with Rachel Bilson, who was also in Jumper with Kristen Stewart.

See more cast pictures and share your thoughts on EW.com. 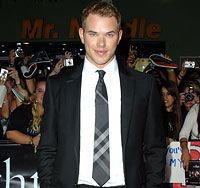 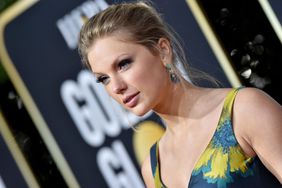