The community is rallying around the tennis star following her decision to withdraw from the French Open.

Professional athletes are rallying around Naomi Osaka following her decision to withdraw from the French Open after detailing her ongoing battle with depression.

"Hey everyone, this isn't a situation I ever imagined or intended when I posted a few days ago. I think now the best thing for the tournament, the other players and my well-being is that I withdraw so that everyone can get back to focusing on the tennis going on in Paris," she wrote in a note on social media. She went on to clarify her decision speaking about her anxiety. She continued, "I announced it preemptively because I do feel like the rules are quite outdated in parts and I wanted to highlight that. I wrote privately to the tournament apologizing and saying that I would be more than happy to speak with them after the tournament as the Slams are intense. I'm gonna take some time away from the court now, but when the time is right I really want to work with the Tour to discuss ways we can make things better for the players, press and fans."

The tennis star's frequent opponent, Serena Williams, opened up about Osaka's statement during a press conference. "I feel for Naomi," Williams began. "Not everyone is the same. I'm thick. Other people are thin. Everyone is different and everyone handles things differently. You just have to let her handle it the way she wants to and the best way she thinks she can. That's the only thing I can say: I think she is doing the best she can."

She called some of the press conferences (part of the reason Osaka chose to withdraw) "very difficult," but added that they "made me stronger."

Other competitors and friends shared their support on Twitter.

Billie Jean King called Osaka's revelation about her depression "incredibly brave," writing, "the important thing is that we give her the space and time she needs."

Former tennis pro Martina Navratilova tweeted that she was "pulling for" Osaka, noting that "as athletes we are taught to take care of our body, and perhaps the mental & emotional aspect gets short shrift."

Olympic gymnast Laurie Hernandez wrote that she was "proud" of Osaka. "Your mental health matters and should always come first," she tweeted.

Osaka's decision came days after she revealed she'd be opting out of post-match press at the French Open, despite the penalty fines. "We're often sat there and asked questions that we've been asked multiple times before or asked questions that bring doubt into our minds and I'm just not going to subject myself to people that doubt me," she said. 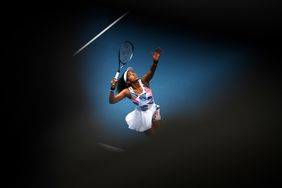 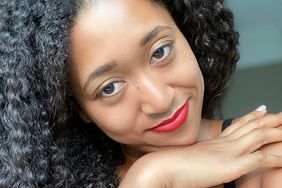