One for the show, one at the afterparty.

It was all about the little black dress for Selena Gomez last night. The actress wore not one, but two very different (yet equally sexy) takes on the LBD for her Saturday Night Live debut — one for her opening monologue, and, at the afterparty, an even edgier version.

For her first look, Selena took the stage in a black bodycon minidress by Mach & Mach with cutouts along the crystal-embellished bow sleeves, in the back, and on the sides. She paired the dress with coordinating suede pumps, a reflective black manicure, and a tousled bob. And when the show was over, Selena had a quick outfit change before stepping out for the afterparty in yet another LBD, but with an even vampier twist.

Wearing a strapless black dress with a thigh-high slit that highlighted her sparkly, silver heels and a rosary tattoo on her upper leg, Selena waved to the crowd of fans outside the venue. Amping up her glam for the late-night outing, the Only Murders in the Building star debuted a glossy peach lip and winged eyeliner, and her bob appeared even more disheveled than before.

In addition to her outfits, Selena jokes were also on point. During her opening monologue, she joked about her dating life — or, rather lack thereof. "One reason I'm really excited to host SNL is because I'm single. And I heard that SNL is a great place to find romance. Emma Stone met her husband here. Scarlett Johansson and Colin Jost….and Pete and Machine Gun Kelly." She added, "And since I don't really want to try the dating apps I just want to put it out in the universe that I'm manifesting love and I would like to say that I'm looking for my soulmate. But at this point I will take anyone." That prompted a slew of SNL cast members to shoot their shot with the star, to which Selena promptly rejected all of them. 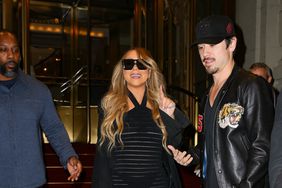 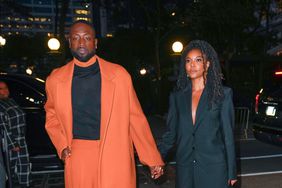 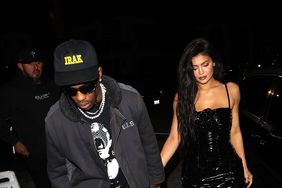 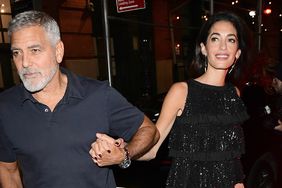 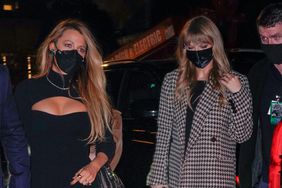