Cardi B Doesn't Want Selena Gomez to Retire From Music

All she needs is a "bad bitch era."

Selena Gomez casually mentioned to Vogue that she was considering stepping away from music to focus on acting — and not only did her legion of fans freak out, so did her collaborator, Cardi B. The two worked together on DJ Snake's "Taki Taki" (which also featured Ozuna) and, according to Cardi, all Gomez needs to do is have a "bad bitch era." Cardi insists that it's the perfect solution to get Gomez back in her groove.

In a series of tweets, Cardi said that Gomez "makes good music" and that "her fans love her." All she needs, Cardi explains, is "one more era." Of course, with Cardi being Cardi, that era involves being a "bad bitch." She's open to more collaborations, too, just in case Gomez is hoping to get some advice.

"I don't think Selena should retire. She makes good music & her fans love her," Cardi tweeted. "I think she needs one more Era. An edgy one that no one ever seen her as. I would love to give her some ideas."

In a final tweet, Cardi explained that she related to Gomez's reasoning, saying that celebrities get "picked apart" and that if Gomez really wanted to leave, she should.

"I like Selena tho. I defend her cause she is such a sweetheart in person," she wrote. "Us celebs get picked apart all the time but she is just to sweet to go thru that. If she wants to leave, leave cause you want too not cause of these fuckers."

In her interview, Gomez told Vogue that she was open to giving music one last try before she would turn her focus to acting and producing. She felt that many people didn't take her music seriously, she explained, and that even when she felt like she was doing her best work, many people dismissed it.

"It's hard to keep doing music when people don't necessarily take you seriously," she said. "I've had moments where I've been like, 'What's the point? Why do I keep doing this?' 'Lose You to Love Me' I felt was the best song I've ever released, and for some people, it still wasn't enough."

The same goes for her acting, she said. She noted that she's still looking for someone to give her a chance to do something that nobody expects and hasn't been seen from her before.

"I haven't even touched the surface of what I want to do," she said. "The parts that I want are the ones I need help with. I can't wait for the moment when a director can see that I'm capable of doing something that no one's ever seen." 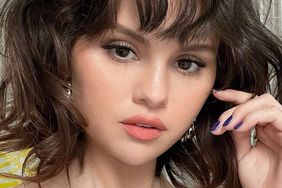