Sarah Jessica Parker on Style, Motherhood, and Why She Quit Twitter

No modern woman can define herself with a single word, especially in Hollywood. (Every actress has, at the very least, one TV pilot she's written in her back pocket.) Take Sarah Jessica Parker: She's a pop-culture heroine, a style icon, a shoe designer, a fragrance creator, a mother of three, and the creative force behind her own fiction imprint, soon to come from Hogarth Press. Now 51, Parker opens up in our January issue about her evolving celebrity, her curiosity about what's next, and why she lives by the mantra emblazoned on her favorite sweatshirt: Je ne regrette rien.

Read on for select moments from our conversation and pick up the January issue of InStyle, available on newsstands and for digital download Friday, Dec. 9.

On her style influences when she was younger

"… street imagery and girls on the subway more than anything. I was like, 'How can I do that? How can I afford to do that? What's my version of that?' Honestly, thrift stores played such a huge part in my life before Sex and the City. And, of course, my mom was the biggest influence. She had pretty firm ideas about how we would dress."

On the evolution of her style

"I dress based on what I have. I'm not a huge shopper, but I love beautiful things. To be able to borrow them is ridiculously fortunate, and I enjoy every second of that. I have a pretty standard wardrobe, though I've got wonderful shoes. That's more so the case now. I genuinely don't know what people think of me or want from me."

On playing a less-than-enviable character in HBO’s Divorce

"It's taken me a long time to find anybody who I thought had as much potential as [Sex and the City's] Carrie Bradshaw, who was as complicated, human, layered, and objectionable yet understandable, relatable yet foreign. People think she was a second skin for me, but she wasn't. I didn't know her at first. She was different from me as anybody I'd ever played or known. So I feel like Frances is equally as interesting and unknown to me."

"I don't have the constitution for Twitter. It's a boneyard, a feast of vitriol. I just don't want to participate in it. But on Instagram people tend to be more civilized. And they can disagree and have objections, but I don't find it as mean-spirited a community."

On handling celebrity as a parent

"We talk about it with the kids to the degree that they want to, but we don't do it unsolicited…Like any parent, I just try to be present, pay attention, ask questions, and then allow them the freedom to monitor themselves. Hopefully, they'll live by our example. It's hard, because you want to give them freedom, but as a parent you have to be willing to not be liked by your child sometimes."

For more from Sarah Jessica Parker, pick up the January issue of InStyle, available on newsstands and for digital download Friday, Dec. 9. 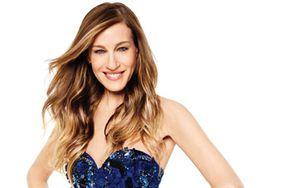 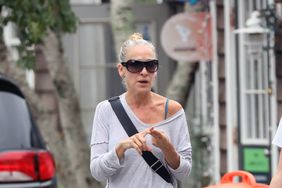 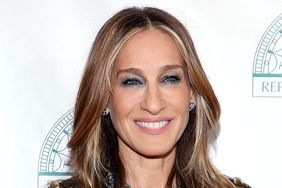 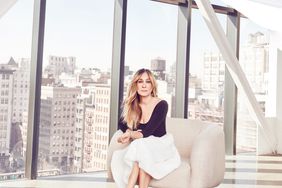 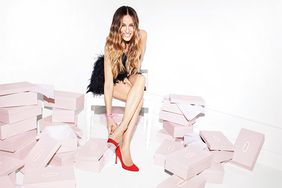