It seems Reese Witherspoon and Ryan Phillippe's son, Deacon Phillippe, is ready to follow in his parents' footsteps. In addition to embarking on a career in music, which he'll be pursuing at college this year, it was recently revealed that the 18-year-old will make his acting debut in season three of Netflix's Never Have I Ever.

In the newest installment, which is set to hit the streaming platform on August 12, Deacon will play a newcomer named Parker. While we don't know much about what role he'll play in the storyline, his character will serve as one of the members of Devi Vishwakumar's (Maitreyi Ramakrishnan) rival debate team, so we may get to watch the pair duke it out at some point during the season.

In light of the announcement, Ryan was sure to gush about his son's accomplishments when talking to Entertainment Tonight. "I am so proud," he shared. "He's about to go to college for music. That's his primary focus. The acting thing he likes to do, and he will do according to what his appetite for it is, but his focus is primarily music."

Phillippe then added that Deacon is "actually dropping a mixtape this Friday on SoundCloud. It's incredible. I'm so excited for people to hear. It's really good stuff. I'm super proud."

While Witherspoon, who co-parents Deacon with her ex-husband, has yet to speak out about her son's new role, she was sure to celebrate him publicly by sharing a sweet tribute on Instagram when he graduated high school earlier this summer. "Congrats to you @deaconphillippe on Graduating High School!" Reese captioned an Instagram post. "So proud of the thoughtful, talented, kind & generous young man you have become. You light up our hearts and make us proud everyday. We 🧡 you!" 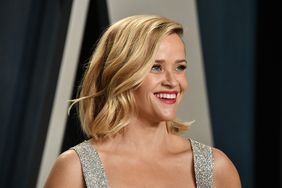