She stepped out with the entire Spanish royal family, including Princess Sofia, Princess Leonor, and King Felipe.

According to the CDC, wearing a face mask is one of the best ways to stop the spread of COVID-19. This means everyone should be wearing them no matter where they are going or what they are doing, even the royals. Take Queen Letizia of Spain, for example. She and her family, including husband King Felipe and daughters Princess Sofia and Princess Leonor, recently stepped out twice in one week, all wearing blue surgical face masks.

For the first appearance, the Queen wore a now sold-out red dress by Spanish designer, Adolfo Dominguez. She paired the look with tie-up wedges and a red bag. Princess Sofia had a cane and bandage on her knee due to a recent accident. They all wore disposable masks (if you're looking for something a bit more sustainable, check out this celeb-favorite washable mask).

For the second appearance, Letizia wore a white short-sleeve dress, wedge espadrilles, a raffia tote bag, and, of course, a face mask.

This appearance comes just after a scandal rocked the Spanish royal family in late July. King Juan Carlos I, the former monarch of Spain and King Felipe's father, announced that he was leaving the country after a financial scandal. According to reports, the move was in part to make things easier for his son. In a statement, King Felipe addressed the scandal saying, "The King wishes to emphasize the historical importance that his father's reign represents, his legacy and his political and institutional work for Spain and democracy; and at the same time he wants to reaffirm the principles and values ​​on which it (Spain's democracy) is based." 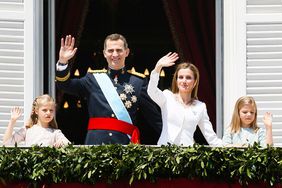 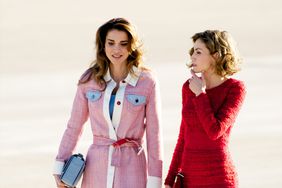 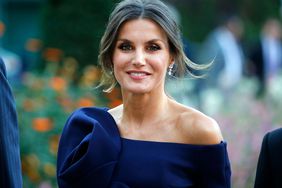